National is stepping up its campaign against the government's contentious three waters legislation, as people fed up with a Canterbury town's dirty drinking water plead for a quick fix. 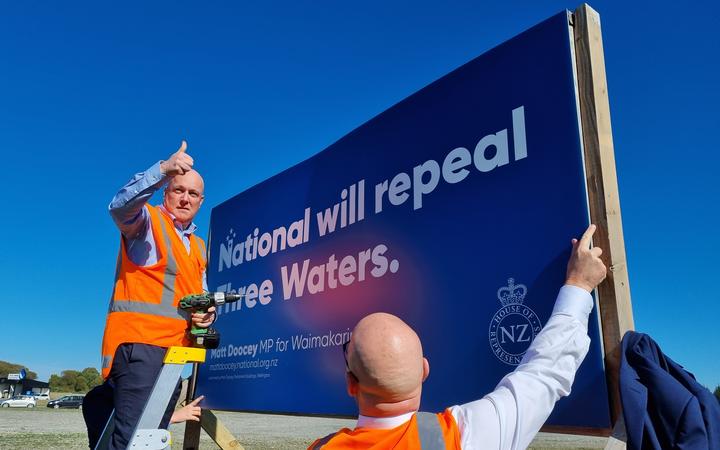 The Opposition party has nailed a billboard in the Waimakiriri district advertising its pledge to repeal the laws, under which the government would take control of drinking, waste and storm water services and assets from local councils.

In the neighbouring Selwyn district, water the colour of weak tea still runs from the taps in the town of Springfield.

A father, who did not want to be named, said the water was so discoloured his family had not filled a glass for months.

"You wouldn't boil it and drink it, it still remains tea-coloured. We've been drinking out of plastic bottles for months," he said. 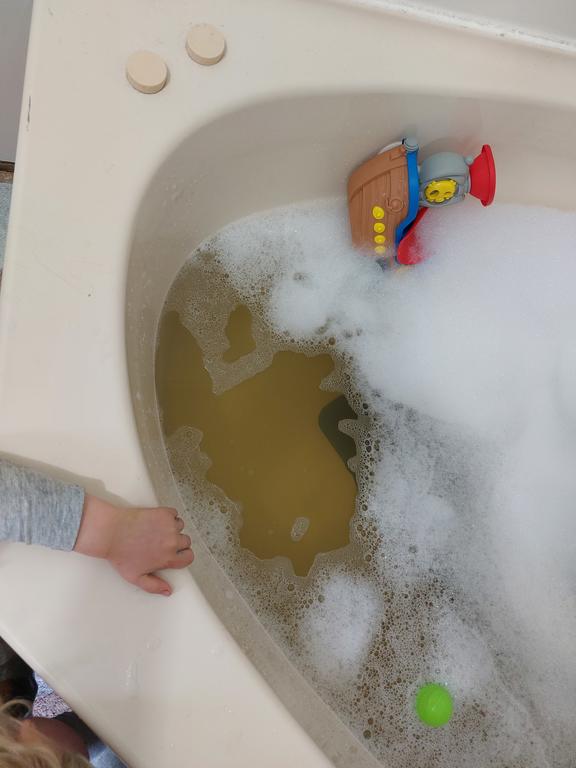 Springfield residents say it is "dehumanising" to shower at the community hall due to poor quality water in homes. Photo: Supplied

"You have to go down to the tanker in Springfield and fill them up out of the same tap 300-odd people are using, with no sanitiser there.

"If you run a bath, it ends up looking tea-coloured. You end up with a rash if you have a bath and don't shower after and rinse it all off."

While some people have been showering at the community hall, the Springfield man said that was a humiliating and uncomfortable experience in the autumn chill.

"It's right next to the main highway. You've got all of State Highway 73 traffic going to the West Coast driving straight past your shower block. It's pretty dehumanising," he said.

Springfield's water supply is drawn from the Kowai River, but the Selwyn District Council said a slip during flooding last year meant it was too stirred up to treat after heavy rain.

Some in the town are cross the council opposes the three waters reforms when it has been almost a year since they had a reliable source of safe drinking water.

National leader Christopher Luxon conceded there were challenges in water management across the country, but said a "one-size-fits-all" approach was not the answer.

"In a big, mega-entity representing 22 different district councils, trying to find the person who will pick up the phone to be able to listen to that complaint, and to be able to do something about it, will be impossible."

Luxon said it would be easy for National to repeal the legislation if the party won the next election.

"I think by the time we get there in 2023 the reality is not much will have happened. I think it's going to be very easy for us to repeal and unwind," he said.

Selwyn District Council said it was working to fix the "complex" water problem in Springfield, by building extra reservoir storage, trialling a membrane plant to better filter the water and searching for alternative sources.

In a statement released late last month, Mayor Sam Broughton said the council accepted the need for change, but did not agree the three waters proposal was the best or only solution.

"In Selwyn we have over 30 water supplies each with unique challenges. We have invested heavily in water infrastructure and overall we have an excellent service," he said.

"This means when we have individual challenges, such as the complex ones we face at the moment in Springfield, we can work directly with local residents, using our local knowledge, and we are directly accountable to see through the long-term work that is required to address those issues."