A protest camp has sprung up in Christchurch's Latimer Square, where signs and tents have been hammered into the grass. 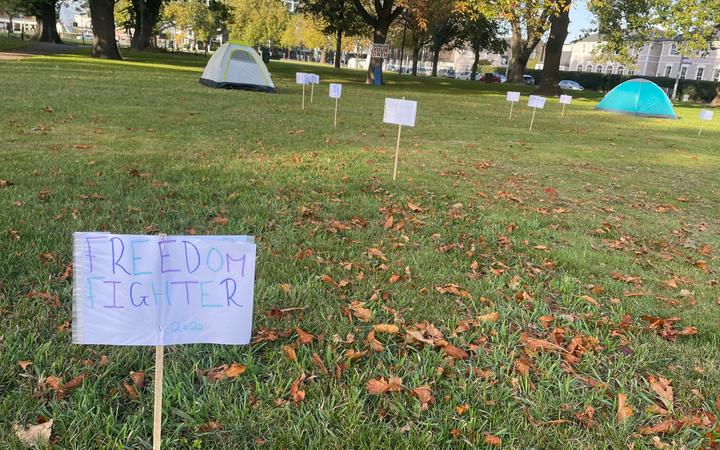 There did not appear to be anyone in the tents early this morning.

Some of the signs are about freedom fighting, while another says 'Occupy Christchurch'.

The city council is monitoring the site.

The group has been there since the start of the month. 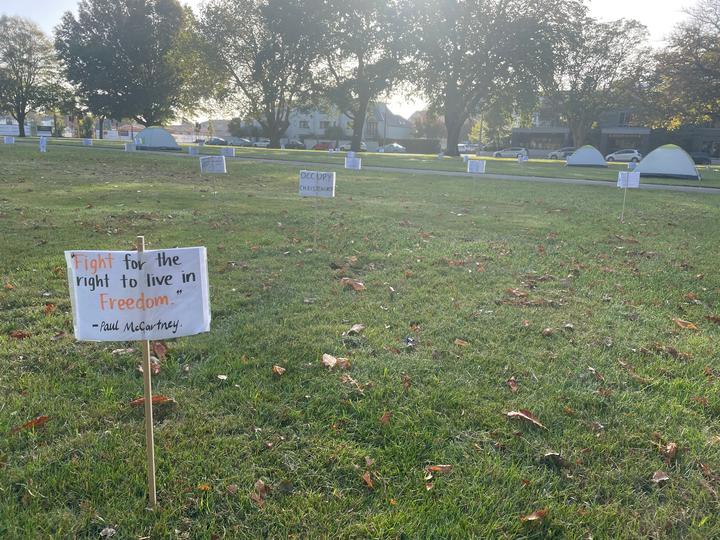