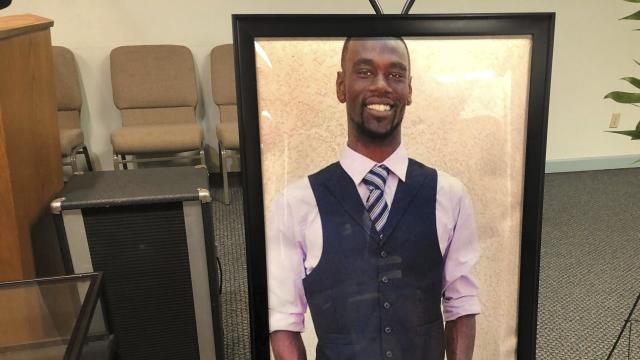 An attorney for the family of Tyre Nichols, a Black man who died three days after a "confrontation" with police during a traffic stop, said video of the stop was "violent" and "heinous," and likened it to the infamous footage of the Rodney King beating.
"What we can tell you about the video is that it is appalling, it is deplorable, it is heinous... violent," civil rights attorney Ben Crump, who viewed the footage along with Nichols' family and other lawyers, said at a Monday press conference. "It is very troublesome on every level because you have to ask yourself yet again, this is evidence of what happens to Black and brown people from simple traffic stops. You should not be killed because of a simple traffic stop!"
Nichols, a 29-year-old father, FedEx worker and avid skateboarder, was arrested after officers stopped him for reckless driving, police said. In a news release the day after his arrest, the department said that as officers approached Nichols' vehicle, "a confrontation occurred' and he ran. It said officers caught up to him and that "another confrontation occurred" while they were taking him into custody. Police said he complained of shortness of breath and was hospitalized.
Nichols died Jan. 10 at the hospital. His family said the beating caused him to have a heart attack and kidney failure. Authorities have only said that Nichols experienced a medical emergency. Officials said a cause of death hasn't been determined.
On Friday, the Memphis Police Department fired officers Tadarrius Bean, Demetrius Haley, Emmitt Martin III, Desmond Mills Jr. and Justin Smith after an internal investigation determined they "violated multiple department policies, including excessive force, duty to intervene, and duty to render aid," Memphis Police Chief C.J. Davis said in a statement.
Nichols' family, protesters and activists have called for the release of the arrest video and for the officers to be charged with murder.
Crump said Monday that the family's attorneys could not get into too many details about the video because the investigation is ongoing and the district attorney's office and investigators have asked for an additional one to two weeks before releasing the video to the public.
Crump said that footage of the traffic stop, which he likened to the Rodney King arrest video, was so heartbreaking that Nichols' mother could not get through the first minute of it. According to Crump, the first question Nichols asksed was "what did I do?"
According to Crump, Nichols' last words in the video were him calling for his mother when he was only 80-100 yards from his house.
"Where's the humanity?" Crump asked as Nichols' mother sobbed beside him.
Crump described Nichols as a "good young man" who had avid interests in skateboarding, photography and computers, but most importantly being a father.
"Everything he was trying to do was to better himself as a father for his 4-year-old son," Crump said.
When asked about the fact that the former officers involved in the stop are Black, Crump said, "What I have come to learn from doing civil rights work against excessive force policing is that it is not the race of the police officer that is the determinable factor of the amount of excessive force that will be exerted, it is the race of the citizen, and so we have to have accountability no matter who tramples on the constitutional rights of our citizens."
"It is so regrettable that they didn't think of Tyre as their brother," Crump added.
Crump said Nichols was tased, pepper sprayed and restrained during the encounter. Another of the family's attorneys, Antonio Romanucci, said police beat Nichols for three minutes.
"He was a human piñata for those police officers," Romanucci said.
Nichols' relatives spoke fondly of him, repeatedly calling him a good, hardworking person who loved his family and focused on his various passions.
His stepfather, Rodney Wells, asked community members to conduct peaceful protests.
"What I saw on video today was horrific, no father, mother should have to witness what I saw today," Wells said.
"He was a great, great kid, he didn't deserve what he got, now what he deserves is justice," Wells added.
Nichols' mother, RowVaughn Wells, fought tears as she spoke of her youngest child.
"my son- nobody is perfect, but he was damn near perfect," she said.
"No mother, I don't care what color, should go through this," she said. "I have always raised my children to love everyone until they give you a reason not to. We don't discriminate against no race. I hate to think that us as Black people, we out here killing each other, and for what? We have police killing us, I don't know why."
"I just don't understand why we have to have all this violence, what happened to this world?" she asked. "What happened to humanity and kindness? What happened to it all?"
source: https://www.cbsnews.com/news/tyre-nichols-video-traffic-stop-ben-crump-press-conference/