The Southern Steel have scored a stunning 66-63 comeback victory over the Pulse in Wellington. 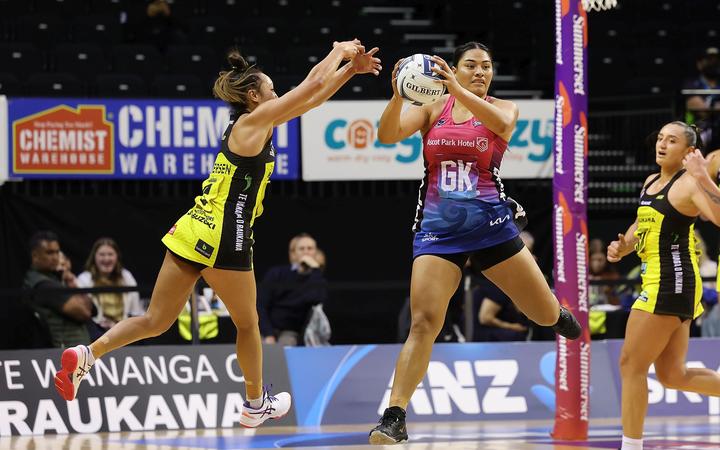 In the first extra time decider of the 2022 ANZ Premiership season, the Steel shocked Pulse who were ahead by 11 after the third quarter.

In the only game played in another round disrupted by the pandemic, the home side Pulse looked to have the measure of the Steel with co-captain Kelly Jury in spectacular form, a simple march to the finish line looking eminent.

But the Steel had other ideas despite having their coach and veteran defender having to stay back at home in the Deep South.

The Steel outscored the Pulse 19-8 in the fourth quarter, tying up the scores 59-all at the end of regular time.

They took the lead for the first time in the match, in the first period of overtime, with a superb intercept by stand-in goal keep Sarahpheinna Woulf, who had the game of her young career for an MVP honour, and they never relinquished that lead.

It had been a hugely unsettling few days for the Southerners - flying to Rotorua only to find their game against the Magic postponed. Although they were without coach Reinga Bloxham (out with Covid), she was in regular contact through the game with assistant coach Jo Morrison, who'd stepped into the breach.

The Pulse got off to an electrifying start, capitalising on small basic errors from the Steel, and quickly racking up eight goals to the Steel's one.

The understanding between Tiana Metuarau and Aliyah Dunn keeps returning with every game and they were in impressive form early; the Steel looked initially to be missing the leadership in defence of the absent Te Huinga Reo Selby-Rickit.

At the other end Jury was making life difficult for Steel shooters George Fisher and Saviour Tui, so Tui was replaced before the end of the quarter with Georgia Heffernan. The change made a telling difference, with Heffernan not afraid to turn and shoot with perfect accuracy. And with her twin sister Kate at centre reading the play superbly to seize some crucial intercepts, the Steel closed to within four.

But the Pulse made another burst just before the first quarter break to establish their biggest lead of the quarter, 18-11.

The Steel returned to court with a new energy, particularly with their young defence of Woulf and Kate Burley, and with five goals in a row, were again able to narrow the gap to four.

Keen to stem the flow, Pulse coach Yvette McCausland-Durie made a change to her midcourt, with the combination of Ainsleyana Puleiata and Paris Lokotui which paid benefits for the home team, and they had a healthy eight-goal advantage at halftime, 34-26. 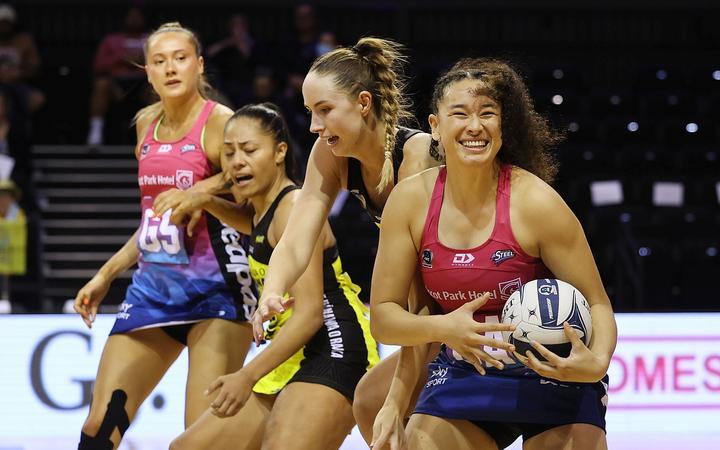 The Pulse's formidable shooting duo were almost unstoppable in the first half - Dunn missing just one of 31 attempts, and Metuarau sinking all of her four.

The third quarter belonged to the defenders, though. Woulf and Burley in the circle for the Steel were on the hunt and pilfered some important ball during the spell - but their attack couldn't convert that hard-earned possession into points, under huge pressure from Jury and her partners.

Parris Mason got the chance to stretch her arms at goal defence for the Pulse, replacing the hard-working Kristiana Manu'a, and for the first time this season, the Pulse won the third quarter, going into the final spell 51-40.

But the match was far from over. The Steel surged again, finally knitting as a unit right through court urged on by captain Shannon Saunders, and with four minutes left, were only three goals away from an upset.

That's when you'd normally expect the Pulse to come back, but with Burley and Woulf fired up, the game was all tied up at the end of 60 minutes, Georgia Heffernan shooting the goal that put the game into extra time.