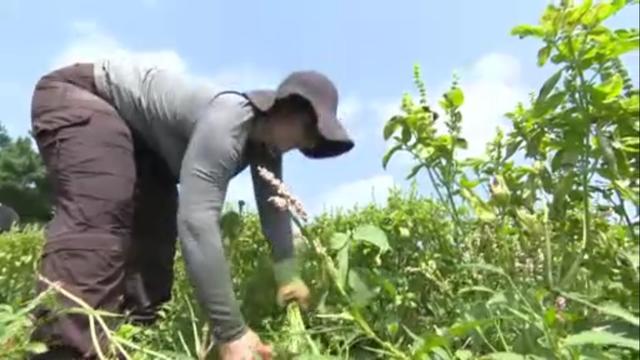 Spring planting season has begun for many farmers, and though their crop prices are higher than they've been in years, the war in Ukraine is causing skyrocketing costs for farmers here in the U.S. Farmers are being hit with price hikes across the board — in fuel prices and equipment — but especially fertilizer.
Russia is the world's second largest producer of many key crop nutrients in a typical year, and since the war has affected access to key ports, some American producers are having trouble finding what they need to buy, according to Nick Paulson, Associate Professor in Agricultural Economics at the University of Illinois.
"It's not only the price of fertilizer that is becoming a concern and in some cases it's also the literal availability of it," Paulson said. " A lot of the fighting is directly affecting the ability to get ships in and out."
Difficulties buying fertilizer — which the USDA says make up more than a third of operating costs for corn and wheat farmers — have been a significant stressor.
Mark Birdsall, a North Dakota farmer who's also the commissioner-at-large on the North Dakota Wheat Commission, estimates average-sized farms in his state will pay $137,000 more to fertilize than they did last spring. And Birdsall said he and farmers he represents aren't necessarily to going to reap the benefits of the inflated grain prices.
"You have to understand that in western North Dakota, especially the western half of North Dakota, we're two years into a pretty severe drought, and high dollar prices for commodities don't mean much if you don't produce the bushels," Birdsall says.
Fertilizer prices had already tripled over 2021 for a variety of pandemic-related factors but climbed more than 40% in the month after fighting began in Ukraine, reaching record highs, according to Green Markets, a Bloomberg Company.
Since Russia invaded in late February, farmers' confidence in the agricultural economy has dipped to levels not seen since the early days of the pandemic, according to Purdue University's Ag Economy Barometer, which was published this week.
The researchers, who have surveyed over 400 U.S. farmers every month for nearly six years, found farmers are worried about the war's impact on their production costs. They think they'll be worse off this year than in 2021 — over 90% expect their operating costs will go up by 20% or more this year and anticipate the higher crop prices won't be enough to cushion the blow to their bottom line.
Marty Marr, President of the Illinois Corn Grower Association, said, "It's amazing how one event can change so much for so many."
Birdsall said he and other farmers in his state are trying to insulate themselves from risk by switching some of their acres away from wheat to less fertilizer-intensive crops like soybeans or peas.
Justin Knopf, a fifth-generation farmer in Kansas who raises winter wheat and soybeans, purchased his fertilizer quickly after the invasion, assuming prices would climb higher. Even though Knopf hopes for a cease fire, he worries the price of his wheat could drop dramatically before he has a chance to sell his crops that cost him more to grow.
Knopf said the war has "just raised the stakes to everything" — increasing not only his financial risks but his sense of his responsibility to have a good yield this year.
"Russia and Ukraine account globally for as much as 30% of global wheat exports, and so being a wheat farmer in central Kansas, where we have a climate and soils similar to Ukraine, I've been struck with the amount of additional responsibility or emotional responsibility I feel." Knopf said. "It's made it feel more significant to me that I do all I can to raise a good crop, to take care of it."
source: https://www.cbsnews.com/news/russia-ukraine-war-farmers-economic-impact/