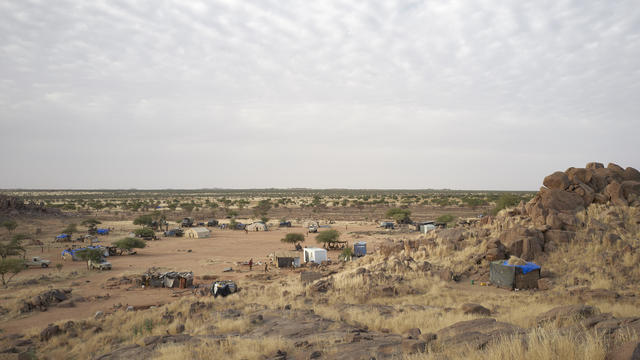 An 83-year-old American nun was kidnapped overnight in the troubled north of Burkina Faso, her diocese said Tuesday.
"Overnight Monday to Tuesday, unidentified armed men went to the community of nuns at Yalgo parish in Kaya diocese. They kidnapped Sister Suellen Tennyson from the Congregation of Marianites of the Holy Cross," it said in a statement.
Northern Burkina Faso is a flashpoint for attacks by Islamist insurgents who started making bloody cross-border raids from neighbouring Mali in 2015.
Their campaign has claimed some 2,000 lives and displaced some 1.8 million people.
"Suellen Tennyson was taken away to an unknown destination by her kidnappers who before leaving vandalized rooms and sabotaged the community's vehicle, which they tried to drive off," the diocese of Kaya added in its statement.
Tennyson had been in service at Yalgo since 2014, said the statement, which was signed by the bishop of Kaya, Theophile Nare.
The State Department said in a statement that it is "aware of reports of a U.S. citizen missing in Burkina Faso," adding that it is working to confirm the reports and is monitoring the situation.
One of the poorest countries in the world, Burkina Faso has been ruled by a military junta since January. Mutinous colonels seized power as anger mounted over the failure of the country's elected president, Roch Marc Christian Kabore, to roll back the insurgency.
Kabore's successor, Colonel Paul-Henri Sandaogo Damiba, has declared security to be a priority. But a surge of attacks in the past two weeks has claimed about 80 lives, both civilian and military.
In April 2021, three Europeans who had been reported missing after an attack in eastern Burkina — two Spaniards and an Irishman — were "executed by terrorists," authorities said at the time.
source: https://www.cbsnews.com/news/suellen-tennyson-burkina-faso-nun-kidnapped-83-year-old-american/