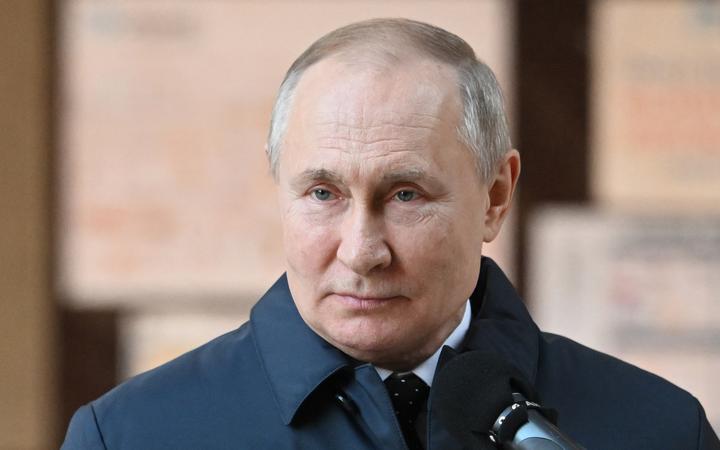 Why do the majority of Russians back the actions of their strongman leader Vladimir Putin? As The Detail finds out, the answer goes back centuries.

To the Western world, it may seem astounding that Russians appear to believe the lies and propaganda they're being fed over the war – or 'Special Military Operation' – in Ukraine.

Even when Russian parents speak out in their anguish over young soldiers killed there, it has little effect on the majority backing President Vladimir Putin.

Why do Russians have so much faith in their leader? And why are they willing to swallow the curbs on their freedoms, the effect of sanctions, and the disapproval of most of the rest of the world, for a territorial border battle?

The Detail looks at the culture and history of Russia, and how that history has formed a mentality that intensely distrusts the West, but puts up with authoritarian rule.

Onat Isik is an Otago University student doing his thesis on how Russia’s history influences its foreign policy.

He says from the ninth century strong leadership was needed to fight off the threat of invasion – at that time by Mongols and Vikings.

Internal unity was important and an autocracy was formed to quell threats within the borders – a strong centralised authority, justified by that notion of threat.

That fear of invasion still exists.

And so does the strong centralised authority – Putin, surrounded by his oligarchs.

To many Russians, Putin is the one who stomped on the mafia and rampant crime; who restored public service wage payments and pensions; who brought back some national pride that went missing during the country's brief fling with democracy.

"It is questioned to what extent Russia really was a democracy back then because the produced constitution gave sweeping rights to the President," Isik says.

"People think that it wasn't done properly and they fear that experiment [from the late 90s]."

Isik says there is fear of challenging the ruling elite, because once you do that in an authoritarian regime you're either imprisoned or threatened with your life.

"But the second [reason that it doesn't happen] is that they think a strong centralised authority really keeps the Russian borders intact, while keeping Russia's great power status abroad. For them the Western threat really exists within Russia, and this is not just a product of the Putin regime, it's more structural – embedded deeply in Russia's culture.

"They prefer stability more than democracy."

"Authority and a strong hand is in the psyche of the Russian people, and Putin played on that," he says.

"In hindsight you can see he was always on the path we are on now. He steadily but surely went down that road, taking small steps, eventually arriving at the sort of political system where he is completely beyond any criticism...where he cannot be removed...where there are no mechanisms for his removal."

But he has support – when he came to power he started to establish an order.

"He sensed that the population was now nostalgic for some Soviet certainties, such as safety nets, such as the sense of pride which by the end of the 90s was non-existent."

Putin's actions included the foreshadowing of what we see today – backing rebel regions of the former Soviet Union. In a parallel with the Ukraine 'special military operation', the 2008 war in Georgia's South Ossetia region was described as a 'peace enforcement operation'.

Now, Russians can be prosecuted for calling the war, the 'war'.

Find out how to listen and subscribe to The Detail here.