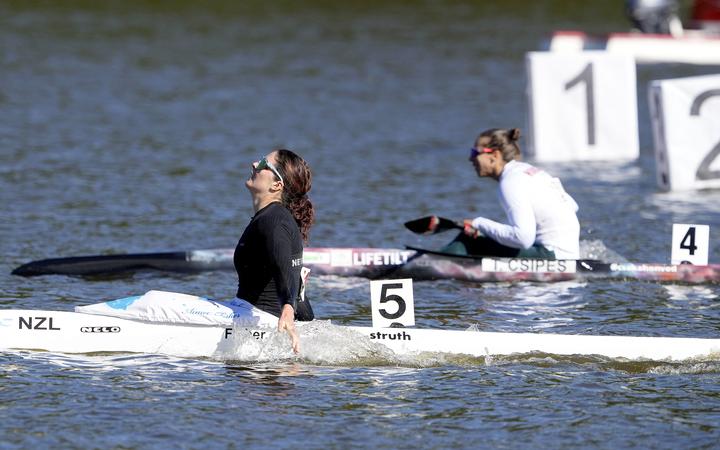 Fisher trailed in the early part of the race before hauling Carrington back in to win by just 0.08 of a second at Lake Karapiro on Saturday.

The race was the first of three between the two paddlers which would decide who would represent New Zealand at the 2022 World Championships in Canada in August.

Carrington was not competing at the event as she prepared for last year's Olympics, where she won three gold medals.

The haul lifted her career tally to five Olympic golds and one bronze, making her New Zealand's most successful ever Olympian.