A seaside park in Nelson, once home to a weed-choked pond, is getting a new lease on life. 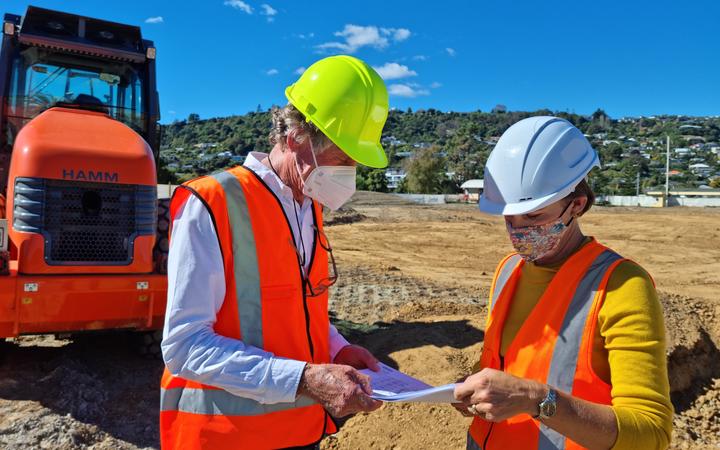 The Modellers' Pond spent two decades overrun with weed and algae, while the Nelson City Council debated its future.

In 2020, the council abandoned a plan to concrete the base of the pond, instead voting to fill it in and create a new park for the community named Te Pā Harakeke.

Tucked in behind Tahunanui Beach, contractors are busy doing earthworks to form the contours for the new coastal park, which is expected to be complete before next summer.

Nelson City Council Te Pā Harakeke project manager Rebecca Dawkins said the vision for the park is to create a mix of natural and play spaces.

"We're trying to turn it back into its original form, what would have been here before we were ever here and that is in keeping with the Waimea Estuary and the coast.

Kingfishers, shags and oystercatchers will be welcomed back with native plantings, as will geckos, skinks and other insects.

The park will be tidal, with the sea reaching the innermost part of the park during large tides while other areas remain accessible by boardwalks.

"We'll be building play equipment out of logs and netting and building some creative hidey holes and cubbies that kids play in with their families to really enjoy the space, but also enjoy the native animals that we're bringing back into the park as well." 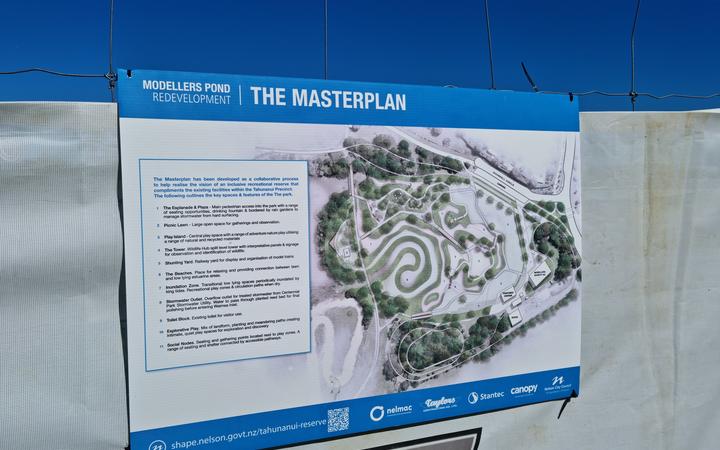 Traditionally stormwater from the area during heavy rain has been pumped straight to the sea, but the park will feature new technology to change that.

"What we're trailing in Nelson for the first time is a downstream defender - a system that will clean the water before it's pumped back out to the coast.

"It uses vortex technology to spin the rubbish out of the water and takes clean water that will then be pumped across to the park and managed here by discharge swale out to the coast."

Nelson City Council property parks and facilities asset manager Andrew Petheram said the council had tried a number of methods to keep the weed at bay in the the Modellers' Pond over the years.

"We used to dump copper sulfate into the pond to to keep it clean but of course, you can't do that anymore, it's just not environmentally acceptable. So we stopped doing it and the pond was overrun with Ruppia, aquatic weed and algae and it was no longer able to be used properly for model boats.

"Eventually it became a fairly smelly stinky, pungent pond that was really an eyesore, so we just had to do something about it."

He said the vision for Te Pā Harakeke is to turn the area back into a natural estuarine environment, in keeping with the adjacent Waimea Estuary.

The name has been gifted by local iwi and is a whakatauki, or proverbial saying, about the importance of whānau. 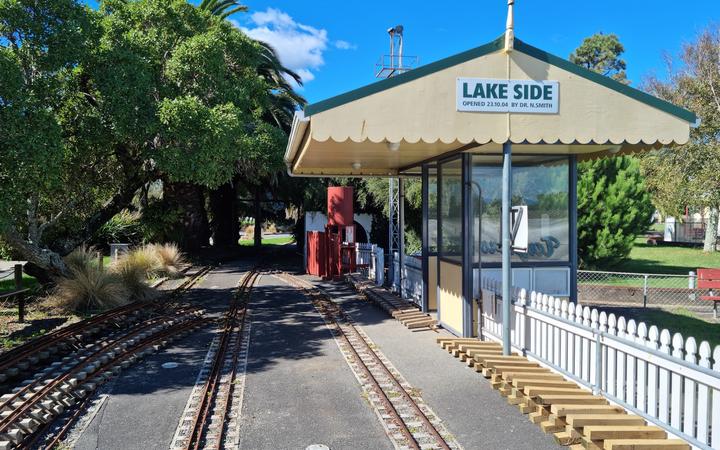 "We've worked with the Society of Modellers, and also with local iwi to come up with a plan that's acceptable and exciting and environmentally appropriate and the vision for the area's a family-friendly picnic ground set in an estuarine environment and focusing on the model trains."

Nelson Society Of Modellers redevelopment project manager Nigel Gibbs said the club was formed in 1958, bringing together those with a love of model trains, boats and planes and had been based at the Tahunanui site since 1959.

"The site has evolved over the many years, we are a model engineering group and we love to show our models off to the public by providing train rides.

As part of the redevelopment, the train track around the park will be extended and a new station will be built.

The track extension is estimated to cost $25,000 and people can support the project by buying railway sleepers.

"It's not solely focused on trains, in the past, we've had a quite a large following of model boat builders, and we've had aeroplanes and all that sort of things involved over the years."

Model planes cannot be flown at the site as it is within the controlled airspace of Nelson Airport.

Gibbs said he was sad to farewell the pond as he had spent a lot of time in the last 10 years trying to fix it, then to save it.

"We've had to move on and the club is disappointed that we don't even have the ability or the space to put in a small pond for our members. We've talked about trying to do something ourselves within our site somewhere, but we will get tracks back down, get up and running again and then we might look at something after that."

However, the society is looking forward to getting its trains back on the track once the new track is complete.