'It's frankly a little bit insulting' - Some teachers underpaid for months

Hundreds, and possibly thousands of new teachers have been under-paid since the start of the year. 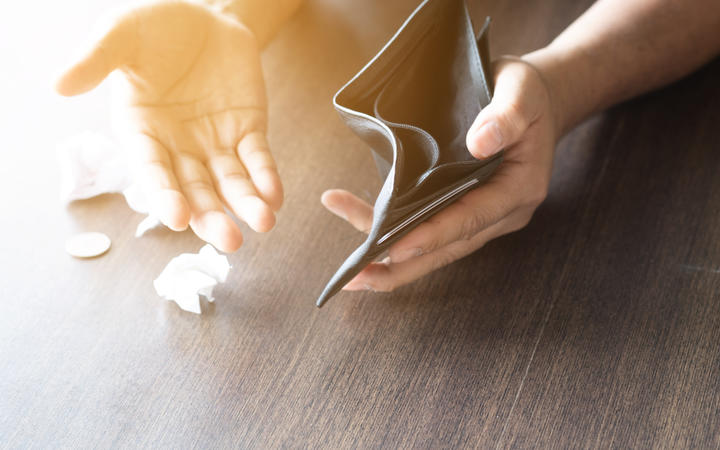 They are getting $200 - 300 a week less than they should and some are struggling to get by.

Every year about 3500 newly-qualified teachers start work and often they or their schools fail to provide Education Payroll Limited with the paperwork that ensures their payrate matches their qualifications.

The payroll system then classes them as unqualified until they prove otherwise and this year it's taking months to get them on the right rate.

"For the first few weeks I was okay because I thought it's only going to be temporary but as it went on I just really struggled to start paying for my regular things. I'm really lucky to have a supportive family who've lent me money here and there and I had a little bit of savings, but now it's getting pretty dire," she said.

She said the long wait to be paid correctly was frustrating and every new teacher she knew was in the same position.

"Every single teacher who I talk to, everyone who's doing relieving, everyone who just started out seems like we're all in the same position. There's this huge form with all of these extra things we've got to get signed and verified and Justice of the Peace and all of that."

Another teacher said he was being paid about $200 a week less than he should be and it was creating financial stress he could do without.

"It's frankly a little bit insulting," he said.

"You're spending close to 50 hours a week because you work outside of school because you need to build up your lessons and your knowledge and that takes a quite a lot of out-of-school time and then to be rewarded by being in some cases quite horrifically under-paid," he said.

He said he did not understand why "unqualified" was the default setting for new teachers even though they must have degrees and diplomas to get their jobs.

"I just find it a bit confusing because we all did the same degree and I think everybody basically starts on grade three across the board no matter what when you finish your training so it feels odd to have us on step one which no-one can really start and teach on."

The teachers said they had also been told that when their payrates were fixed, their back pay would be taxed at a higher rate because it would be paid as a lump sum.

"It would make more sense to start them on a higher rate on that scale. We have very, very few untrained, unqualified teachers coming into our system so if you started them higher it would make easier for those teachers while they're getting through that salary assessment process," she said.

"It's a perennial problem so happens every year, but it is much worse just because of Covid. Things are much slower."

Principals Federation president Cherie Taylor-Patel said the payroll system was incredibly complicated and there were problems every year for new teachers.

She said schools sometimes dipped into their funds to help teachers out.

"This is not something they want to do but when it's a fault of the system and you've got a stressed person standing in front of you, you do what you can to help the situation along," she said.

"I guess what's frustrating is that it keeps happening and that there are anomalies in our payroll system that just don't seem to be addressed."

Secondary Principals Association president Vaughan Couillault said this year's delays were worse than normal and so bad it had raised the problem with the ministry.

"There might be some administrative reasons why your first payroll is not quite right because you're on-boarding and getting it right. But for it to roll into multiple payroll periods, that does indicate that there's an issue."

The Education Ministry's hautū (leader) of education workforce Anna Welanyk said it was reviewing and confirming the applications submitted to the salary assessment unit in order to establish how many people had been affected by processing delays.

"Delayed applications are being prioritised and additional staff have been deployed to resolve the backlog. The number of outstanding applications is currently higher than normal due to the impact of Covid," she said.

Welanyk said it was not uncommon for salary assessment applications to be presented with incomplete information.

"The application can only proceed once all of the required information has been received," she said.

RNZ understands only a quarter of the applications sent at the start of each year are correct and complete.