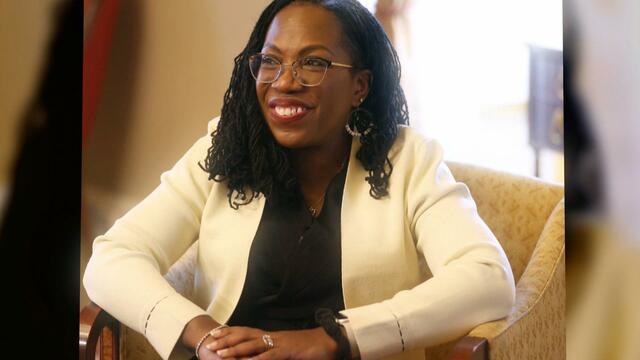 When the Senate confirmed Judge Ketanji Brown Jackson to the Supreme Court on Thursday, 88-year-old James Meredith of Mississippi could not help but think of Constance Baker Motley—the first Black woman ever to be appointed as a federal judge.
"She is almost like a Judge Motley, except she's not as tall, but she seems to be as smart," Meredith told CBS News' Jericka Duncan.
Motley and Jackson also share an unexpected connection—they both have the same birthday.
Sixty years ago, Motley argued a historic case involving Meredith, who was the first Black student at the racially-segregated University of Mississippi.
As an attorney for the NCAAP legal defense fund, Motley was the first African American woman to argue before the Supreme Court, winning nine of her 10 cases, including a historic victory that involved Meredith.
The Supreme Court ruled Meredith had a right to attend the University of Mississippi, making him the first Black student to do so.
Meredith said Jackson's confirmation was decades in the making.
"The Black woman has always been the one who has been left out. We have a woman vice president. We have a woman ambassador to the U.N. But I still think, in American reality, the Supreme Court justice is the biggest thing, not just for a woman, but for anybody, and particularly for a young woman," he said.
"My great hope is that every Black woman will be inspired by Miss Brown Jackson to the extent that they will take the torch and run with it," Meredith said.
Jackson's confirmation also meant a lot for 11-year-old Maddi Morgan.
In February, she penned a letter to President Biden, saying she wanted to be Mr. Biden's pick to be the first Black Supreme Court justice.
"I saw that there weren't many requirements to be a Supreme Court justice. So, I just thought, 'Well, I shoot my shot,'" she said.
But while the fourth-grader didn't make the cut, she was invited to the first day of Jackson's confirmation hearings.
"It was absolutely crazy. It made me feel like I was honorable and important," Morgan said.
source: https://www.cbsnews.com/news/judge-ketanji-brown-jackson-past-future-generations/