Romance novelist goes on trial in killing of her chef husband 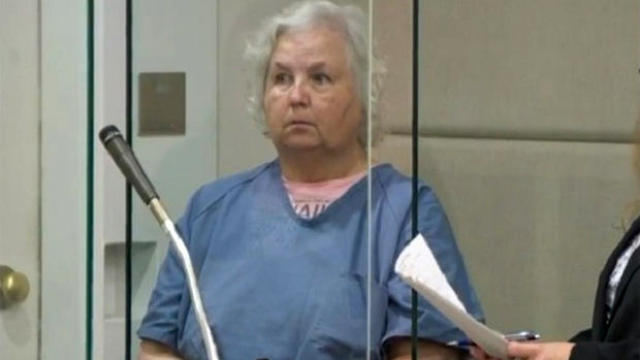 The trial of a self-published romance writer accused of fatally shooting her chef husband started Monday. Nancy Crampton Brophy has remained in custody since her arrest in September 2018, facing a murder charge in the death of Daniel Brophy, 63, The Oregonian/OregonLive reported.
Oregon romance novelist who wrote ‘How to Murder Your Husband’ goes on trial in fatal shooting of longtime spouse in Portland https://t.co/URBOwFO2YM pic.twitter.com/1Q2U4s9jtU
Brophy was killed as he prepped for work at the Oregon Culinary Institute in Southwest Portland around 7:30 a.m. on June 2, 2018. He was alone in a kitchen when he was killed, and there were no obvious suspects.
Brophy was found dead in his classroom when students began arriving, KOIN-TV reported. He had worked at the school since 2006.
Nancy Crampton Brophy is a self-published romance writer who years before her husband's death penned an essay titled "How to Murder Your Husband."
At the start of the trial Monday, Judge Christopher Ramras announced the essay would be excluded from the trial's evidence, KOIN reported.
"Any minimal probative value of an article written that long ago is substantially outweighed by the danger of unfair prejudice and confusion of the issues," Ramras said.
Brophy's death remained a mystery until his wife's arrest, and authorities have never publicly disclosed another suspect.
Investigators determined there were no signs of force or struggle and no signs of robbery. Brophy still had his wallet, cellphone, and car keys with him, documents said.
Traffic cameras show Crampton Brophy's minivan approaching and departing from city streets near the institute close to the apparent time of the shooting, court documents said.
Multnomah County Senior Deputy District Attorney Shawn Overstreet told jurors Monday that Crampton Brophy was motivated by greed and a $1.4 million insurance policy.
Lead defense attorney Lisa Maxfield said Crampton Brophy and her finances both deteriorated after Brophy's death, far from the prosecution's claim that she profited from ill-gotten gains.
She previously entered a not guilty plea to the charge.
In an online biography featuring her work, Crampton Brophy writes that she is "married to a chef whose mantra is: life is a science project."
"As a result there are chickens and turkeys in my backyard, a fabulous vegetable garden which also grows tobacco for an insecticide and a hot meal on the table every night," she wrote. "For those of you who have longed for this, let me caution you. The old adage is true. Be careful what you wish for, when the gods are truly angry, they grant us our wishes."
Neighbor Don McConnell told KOIN-TV in 2018 that Crampton Brophy didn't appear to be upset in the wake of Brophy's death. "She's taking it well, and that's what I said, you know, I said maybe some people can handle things better than others," McConnell said.
Crampton Brophy kept busy preparing to move, McConnell said. "Even after she said, 'I'm a suspect,'" he said, "I just thought oh, yeah, well, they always suspect the opposite spouse."
The trial is expected to last seven weeks.
source: https://www.cbsnews.com/news/nancy-crampton-brophy-novelist-trial-killing-daniel-murphy-oregon-culinary-institute/