If you just want to get away from it all, this could be the job for you - being a postie at the end of the earth.

The address: The British Base at Port Lockroy, Goudier Island, Antarctica.

The UK Antarctic Heritage Trust is searching for a small team of people for the November to March season. Duties include processing postcards, counting penguins and showing people around the museum on the island, which is about the size of a football pitch. 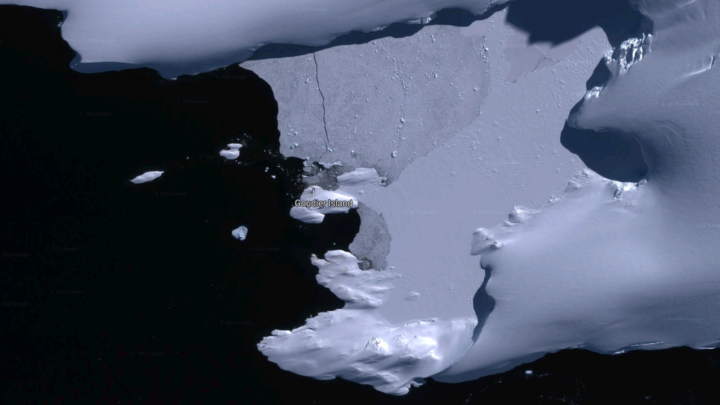 Tourist expeditions are expected to return this season following a Covid-19 break.

"It's a diverse role, being a sort of postmaster or mistress is just part of it, so it's a busy role," UK Antarctic Heritage Trust Antarctic operations manager Lauren Luscombe told Checkpoint.

On average, they sent about 80,000 postcards around the world a year, she said, as visitors from cruise ships passed through.

"The visitors that we get - pre-pandemic we were getting around 18,000 visitors to the site each year - they come in and everyone wants to send a postcard to family and friends, so it was never just one, you end up with six or seven.

"The route [the postcards] go is via the Falklands, so the team arrange for postcards to be sent to the Falklands, then from the Falklands they go back into the [UK] postal system and from there they're dispersed all over the world."

There is some post that comes from around the world to Antarctica, but it depends on which ships are passing by, she said.

But the job was not just sorting the mail, she said.

"The base we look after was established in the 1940s. So it's a historic site and monument.

"The gentoos were not there when the base was established in that location, but the base was abandoned in the '60s, and we believe around the '80s when it was still abandoned that the gentoo colonies moved in.

"So now there's a colony of gentoo penguins that live on the island with the team there.

"They're literally pecking on the windows, where you're sleeping and making a lot of noise as you can imagine, for the team. The base is affectionately known as the 'Penguin Post Office'.

"There's a lot of guano, penguin poo, to deal with.

"And as you can imagine the penguins eat a lot of the krill. So it's quite fishy in the smell. There's quite an aroma when you first land on the island.

"The team definitely don't notice it themselves. They immersed in it, but definitely when they go onto ships with showers and things like that, it's definitely noticeable."

There is no running water on the island, so the opportunity for a shower only comes with the visiting cruise ships.

"Usually the team will go on board the cruise ships, they'll have a shower there. We recently just had a team down there. They were doing maintenance and conservation work, so we weren't welcoming guests this past season.

"They weren't going on board those cruise ships, so they were going for periods of about three weeks without a shower.

"On day one ... one of them landed in a lot of penguin guano, and they had to go down and rinse those clothes out in the sea.

"They eventually had a bit of a laugh about that, but I think it took a while to start laughing about that one."

With Covid-19 protocols, the island is not open to visitors this year, but the trust is keen to see visitors next season, when a new team of staff will be at the base.

"We operate the three buildings on the island. One of the buildings is the old base that was formed in 1944, so that is operated as a living museum. There's the gift shop in there and the post office.

"All the proceeds from the gift shop go back into the charity and the conservation work that we do, and we actually manage by five other historic sites and monuments along the Antarctic peninsula.

"The team live in one of those buildings, not the historical building. They actually live in purpose-built accommodation. It is fairly basic, there's no running water, but it's comfortable.

"They've got a stove, a cooker, they eat well. It's a unique experience, it really bonds them as well, as you can imagine.

"When we're recruiting that's something that's really important to us. That the team gets on and those group dynamics are right, because it's not going to be fun for anyone if that's not quite right."

As well as the postal service, they operate the gift shop, the museum, briefing visitors on the history of the site, and also doing a wildlife survey for the British Antarctic Survey.

That means monitoring the size and population of the colony of gentoo penguins on the island.

"They're very busy outside of that postal operation," she said.

"Sometimes they're so busy I don't think they actually get to stop and appreciate where they are.

To go for the job you do have to be eligible to work in the UK.

And if you're worried about the weather, Luscombe said it was not as cold as other parts of Antarctica, with temperatures generally around 0 degree Celsius.