Residents angry after years of inaction from Kāinga Ora

Couches, blankets and a broken pram are just some of the items that have been dumped in an empty section in the Tauranga suburb of Hairini. 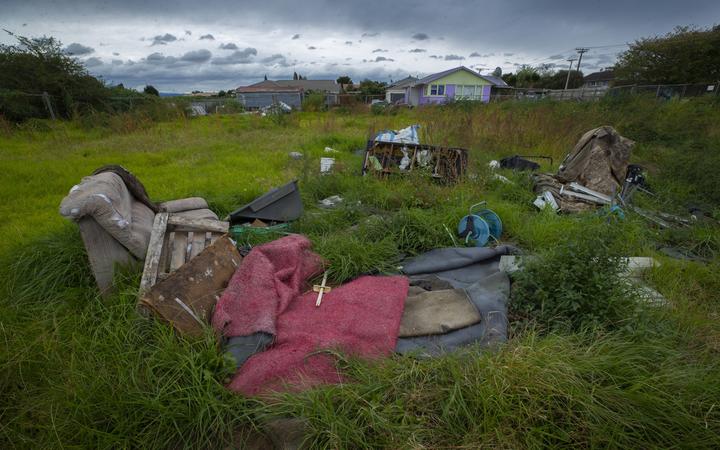 Items dumped in one of the Haukore Street sections. Photo: Sun Media / John Borren via LDR

While illegal dumping happens everywhere, it is the final straw for some residents who are frustrated with a lack of action from Kāinga Ora.

The 10 lots on Haukore Street are owned by the state housing agency and despite being fenced off, have become a dumping ground and are overgrown with weeds.

Most of the lots were cleared of the 1960s houses in preparation for the planned build of 21 new homes, but it has been two years since some of the homes were vacated and fenced off.

A man living next to one the empty lots, who did not want to be named, said people had been dumping rubbish late at night.

He believed it was people from outside of the area.

"You hear a noise at 3am and then you see them take off." 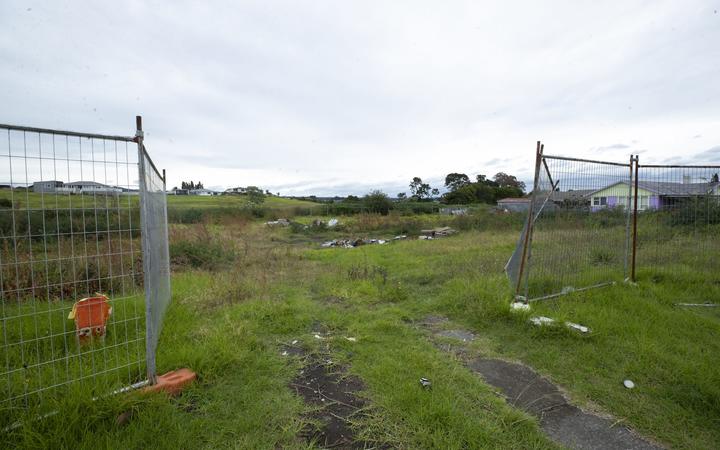 The lots have been described as an eyesore. Photo: Sun Media / John Borren via LDR

He said the lots have been mowed once or twice since demolition, which started in October 2021.

Fellow resident Graham Hopkins said prior to the homes being pulled down the lawns were mowed regularly by a contractor.

"It was quite tidy, but as soon as they started knocking them down, it's all turned to custard," said Hopkins.

"They should be doing something about keeping them clean and tidy until they start building."

Zara McIndoe, who also lives on the street, said the sections were an "eyesore" and "embarrassing for residents".

Kāinga Ora Bay of Plenty regional director Darren Toy said the homes had been demolished in different stages with nine of the 11 demolished, one underway and a newly purchased home about to be demolished.

"We are aware that people are dumping rubbish on the sites, which is really disappointing, and we are doing our best to remove this when possible," Toy said.

He said it had scheduled work to tidy up the sections and remove overgrown vegetation and rubbish.

"This work will take place as soon as possible given the current Covid situation, which has impacted on contractor availability.

"We also have security fencing in place around the vacant sites."

The fences were doing little to deter people from accessing the sections and were open in places when Local Democracy Reporting visited Haukore Street. 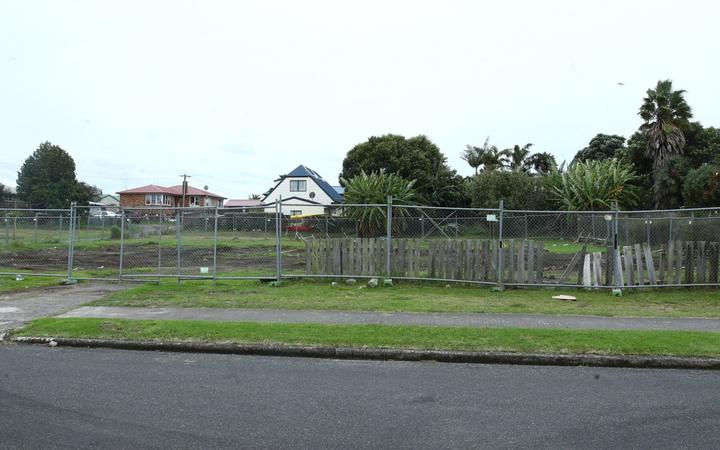 McIndoe was worried about the cost to the taxpayer of hiring the fences for years on end.

"My concern is the apparent lack of progress and the time it's taking, even under Covid," she said.

"It just seems to have been fenced off, left and forgotten."

Toy said the homes were vacated so the organisation could redevelop the sites and "provide a larger number of much needed new modern homes".

"It has taken time to work with the whānau who were living in these older homes to help them move to other homes which meet their particular needs," he said.

"This meant some of these former houses were made empty ahead of their demolition or possible relocation.

"Kāinga Ora was also in discussions with a hapū to relocate the remaining vacant properties on Haukore Street, however the hapū chose not to take these homes and the decision was made to demolish them instead." 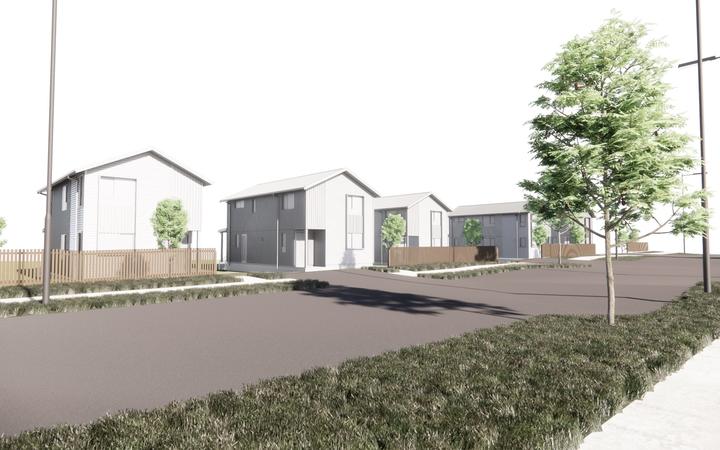 He said construction on the 21 new homes was expected to start later this year.

This is a change from what Toy said previously. In September 2021 Toy said work could start on site in early-mid 2022, with completion of the new homes expected in 2023.

"Plans have been submitted to [Tauranga City] Council for resource consent and we will share with the community once these plans are approved - likely in the coming weeks," he said.

Hopkins was looking forward to the homes being finished.

"We're all keen to see them get stuck in and get the new houses built," he said.

"What's going to be there is looking really, really good."

Locals were also anxious problems from the past may reoccur when the new homes are tenanted.

In January 2020 one of the Kāinga Ora homes and a car was shot at in a suspected gang retaliation event.

In April that year a 37-year-old man associated with the Mongols MC gang was arrested in relation to the incident. 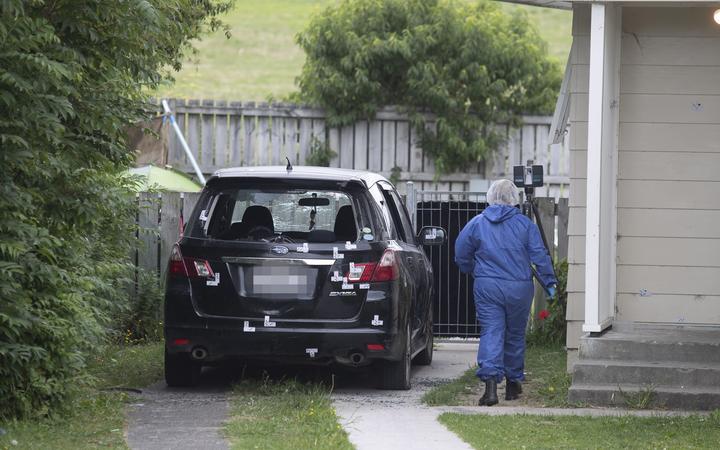 The scene of the shooting in January 2020. Photo: Sun Media / John Borren via LDR

The resident, mentioned previously, who did not want to be named said with the houses gone, they've "got all the 'roughians' out".

"There have been big piss-ups that wind up with half a dozen police or even AOS coming out.

"You're sitting on your deck and you see somebody running down the road screaming holding a machete or an axe."

Another resident, Mary said there were issues with gangs and homes and cars being broken in to.

"I think they've learned from the past how the neighbourhood turned out."

In response to residents' concerns, Toy said: "It's important to keep in mind the vast majority of the almost 200,000 people who live in Kāinga Ora homes are good neighbours and members of their communities".

"Less than 1 percent of our tenancies receive complaints about disruptive behaviour, and this number has decreased year-on-year since 2017 as we continue to enhance the support we provide our customers.

"When issues arise we respond quickly to resolve them, working intensively with people and whānau to uncover the root cause and address the issue," he said.

"We usually get good results from the support we provide, often involving wider support services and networks.

"We never want anyone to feel unsafe in their home or neighbourhood."