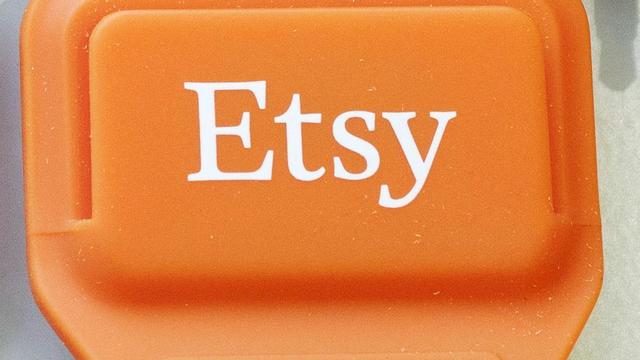 Some vendors on Etsy say they are halting sales of their items on the site for a week to protest a hike in the fees the crafts ecommerce marketplace charges them.
Starting Monday, Etsy sellers must pay a 6.5% commission on each transaction, up from the 5% in place since 2018.
A protest organizer, Kristi Cassidy, said thousands of Etsy sellers — a fraction of the 5.3 million vendors on the site — have temporarily halted selling their items. Cassidy, who has been selling gothic and punk costumes on Etsy since 2007, also launched a petition that so far has garnered more than 50,000 signatures from buyers and sellers. Roughly 20,000 are sellers. Cassidy said it's hard to estimate the exact number of sellers that have actually stopped selling on the site.
Cassidy and others are also taking issue with Etsy's advertising policy implemented early in 2020. It requires sellers making at least $10,000 a year on Etsy and who have have their products advertised on Etsy's offsite social media and search-engine partners, to pay a 12% advertising fee on sales made through the ads.
Cassidy also said that Etsy needs to crack down on resellers, people selling mass-produced goods that they have not designed themselves.
Raina Moskowitz, chief operating officer at New York-based Etsy, said that the new fee structure will enable the company to increase spending on marketing, customer support and removing listings that don't meet its policies.
"Our sellers' success is a top priority for Etsy," she said in a statement.
Etsy, best known for selling handmade soap and jewelry, was one of the few beneficiaries in the pandemic as more people stayed at home and either made items or sought homemade items online.
But it's now under pressure to ramp up its offerings to compete better with Amazon. As part of its growth strategy, it made two acquisitions last year. It bought Depop, an app that's popular among young people looking to buy and sell used clothing and vintage fashions from the early 2000s. It also acquired Elo7 — known as the "Etsy of Brazil" for its popular marketplace for crafty creators.
Cassidy said the protest over fees is just the beginning. She told The Associated Press she wants to actually "build an equivalent of a union" for Etsy sellers and said she's been inspired by the union organizing activity heating up at such companies as Amazon and Starbucks.
"As individual crafters, makers and small businesspeople, we may be easy for a giant corporation like Etsy to take advantage of," Cassidy wrote on the online petition. "But as an organized front of people, determined to use our diverse skills and boundless creativity to win ourselves a fairer deal, Etsy won't have such an easy time shoving us around."
The Rhode Island-based mother of two young children said she has seen her income drop last year to one third of what it was in 2019, blaming in part to some of the moves Etsy has made.
source: https://www.cbsnews.com/news/etsy-strike-2022-fees/