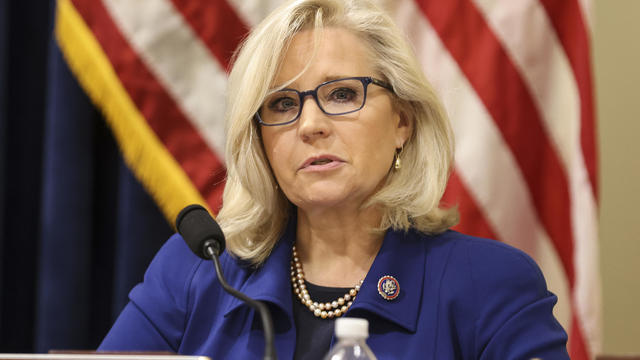 Republican Congresswoman Liz Cheney, of Wyoming, raised nearly $3 million in the first three months of the year for her most contentious reelection race yet.
The sum, $2.94 million, is the most Cheney has raised in a quarter. She enters the penultimate quarter before her primary with $6.8 million cash on hand.
Cheney has frequently been targeted by other Republicans over her criticism of former President Trump and his baseless claims that the 2020 presidential election was stolen. She was removed from her House leadership position in 2021, and in February the Republican National Committee censured her for voting to impeach Trump after the January 6 attacks on the Capitol.
In March, Cheney held a fundraiser with Republican Senator Mitt Romney of Utah that brought in over $526,000.
Trump, House Minority Leader Kevin McCarthy and GOP Rep. Elise Stefanik of New York, Cheney's replacement as House Republican conference chair, are backing one of her challengers, trial attorney Harriet Hageman. Over 50 House Republicans attended a fundraiser for Hageman in March that brought in close to $250,000.
Hageman raised over $1.3 million in the first quarter of 2022, and has over $1 million in her campaign stockpile. She had previously raised around $745,000 in all of 2021.
Other challengers in the race include Republican Wyoming State Senator Anthony Bouchard, who raised $639,296 in 2021.
The Wyoming primary is August 16.
Aaron Navarro is an associate producer for the political unit at CBS News, focusing on House and gubernatorial campaigns as well as the census and redistricting.
source: https://www.cbsnews.com/news/liz-cheney-fundraising-primary/