How the environmental movement won with acid rain 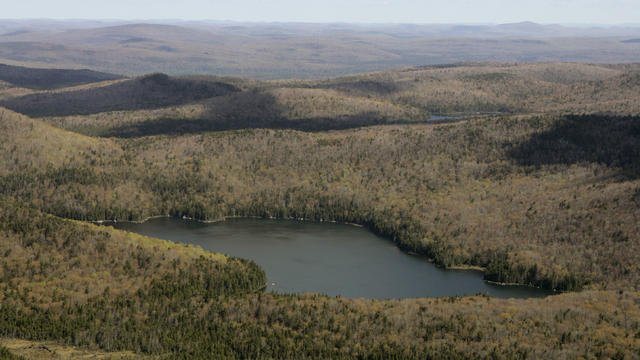 Depleted ecosystems, dwindling forests, contaminated drinking water and toxic soil. All due to what Canada's Environment Minister John Roberts called in 1980 "the most serious environmental threat to face the North American continent."
The cause? Acid rain. But flash forward to today, and the presence of sulfuric and nitric acids in precipitation throughout the continent has decreased tremendously, thanks to reductions in the emissions that cause them. Since 1990, carbon monoxide in the air has decreased by 74%, nitrogen dioxide by 57% and sulfur dioxide by 89%, according to the latest data from the Environmental Protection Agency.
So how did scientists and policymakers turn what once was classified by officials as a "serious environmental problem" with "transboundary implications" into a story of success in the modern-day climate fight?
A team of scientists with the U.S. Department of Agriculture Forest Service's Hubbard Brook Experimental Forest analyzed pH levels of rain samples in New Hampshire in 1963. The 7,800-acre forest's precipitation had a pH of around 4.0 to 4.2, comparable to normal rain, which has a pH of 5.2, according to Hubbard Brook.
"We knew that it was unusually acid and we didn't know why," Dr. Gene Likens, co-founder of the Hubbard Brook Ecosystem Study, told CBS News of his discovery. "We didn't know where it had come from, or how long it had been that way or anything. It was a big puzzle. So it took a long time to try to understand and answer those questions."
He established precipitation collection stations around the Finger Lakes in New York state, which revealed similar acidic results — suggesting the phenomenon wasn't limited to New Hampshire.
"That was really the first clue that we had that this might be something that wasn't just unusual or peculiar to Hubbard Brook," he said.
After collecting and analyzing samples from around the globe and assessing historical precipitation data of the eastern United States, Likens and his team published their findings.
The researchers attributed the growth of acid rain — now defined by the EPA as any form of precipitation containing acidic components — to emissions from power plants and heavy industry precipitating into bodies of water, and said it was likely to have increased around the mid-1950s. They called for proposals of new energy sources and the development of air quality emission standards.
Likens said his early findings were met with doubt because of "strong financial vested interests" in industries behind some of the emissions, like coal and petroleum.
"I remember giving lectures at universities and often people would stand up in the audience and say 'Well, I don't think there is anything like acid rain. I don't think it exists'," he said. "It was highly controversial that was being fought by the industry."
But with extreme environmental repercussions from acid rain looming, policy discussions on the phenomenon consumed Capitol Hill throughout the 1970s and 1980s.
Likens led a group of scientists to the White House to brief the then-President Ronald Reagan on acid rain in 1983. It wasn't until 1990 under George W. Bush's administration that amendments were passed to the Clean Air Act that were designed to reduce toxic air pollution and stop the effects of acid rain.
Likens said he was "very surprised" to see the amendments pass.
"It took 27 years in order for us to take specific action," the ecologist said. "It shouldn't take that long. That is not acceptable, but that's what it is."
But scientists still had to test the effectiveness of the newly enacted measures.
Over the next 25 years, researchers from the National Atmospheric Deposition Program collected and analyzed rainfall samples from more than 250 stations across the country, in what the program said in 2011 was the longest-term and widest-scale precipitation pollution study in the United States. Acidic precipitation over that time had decreased in both frequency and concentration, and researchers largely credited the 1990 Clean Air Act amendments
"We have certainly cleaned up a good bit of the problem here in the U.S. and I can't imagine us burning a lot of coal without any control for anytime soon," David Gay, a climatologist and NADP coordinator behind the study, told CBS News. "We can show that money was not wasted, that we put money in the right area, and we got the answer we were hoping for."
But despite emission reductions, Likens warns that acid precipitation in North America is not entirely a thing of the past. Some countries throughout Asia like China still see widespread effects of acid precipitation frequently. According to Statista, approximately 34% of cities monitored in China experienced acid rain in 2020.
"We still have more acidity in rain than we should have," he said. "It's still not back to normal."
Nonetheless, he encouraged the next generation of scientists and climate activists to continue looking for answers to the worlds' climate crises. "You have to be patient and you have to persevere and not give up," he said.
Dr. Michael Rennie, a freshwater ecology professor at Lakehead University in Canada said the story of acid rain across the continent serves as a lesson in how to move other environmental issues forward.
"When you enact legislative change, you can impact the environment in the way that you want to and we've seen that," he said. "It took more than 20 years, but we're starting to see biological recovery in a lot of these systems. We're starting to see chemical recovery. So it'll happen."
Tori B. Powell is a breaking news reporter at CBS News. Reach her at [email protected]
source: https://www.cbsnews.com/news/acid-rain-environment-earth-day/