'Nothing else can be done': Frustrated health workers agree on strike action

Thousands of allied health workers will strike next month due to a lack of progress in lengthy pay negotiations. 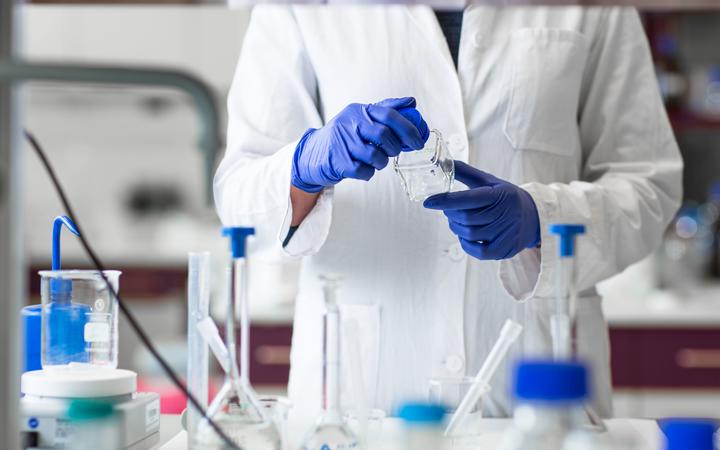 A lab worker has told RNZ he has taken a second job to earn enough to support his family. Photo: 123RF

The Public Services Association union confirmed that DHB health workers - who do not include doctors, dentists or nurses - would hold a 24-hour strike on 16 May.

The decision was made by 10,000 PSA allied health, public health, scientific and technical workers, and followed a year and a half of negotiations with their DHB employers.

PSA organiser Will Matthews said not enough progress had been made in negotiations and the workers voted overwhelmingly to strike.

"We're at the point where nothing else can be done without the government authorising the DHBs to make a better offer.

"We're so close to getting this over the line."

He called on Health Minister Andrew Little to step in.

"The window for him to do that without strike action taking place is rapidly closing."

Matthews confirmed that there would be enough staff to ensure New Zealanders could receive critical and life-saving care.

Sterile services technician Steve said he had to work a second job because he did not make enough money to support his family.

"There is nothing to encourage us to stay in our work and we are constantly short staffed due to people leaving for higher paying jobs at places like Bunnings and KFC," he said.

"It's gutting to realise that the Minister of Health Andrew Little has heard my story in the House but still doesn't care enough about me and my colleagues to authorise the DHBs to table an offer that recognises my qualifications, skills and experience."

Mental health occupation therapist Nichola said she did not want to fall even further behind her health colleagues.

"Although my role is similar to a mental health nurse in experience and qualifications, I will consistently earn thousands of dollars less than a nurse throughout my career," she said.

"The systemic under-valuation of our work leaves us burned out, depressed and considering other career options."

New Zealand health professionals were being actively targeted for recruitment by Australian health agencies due to the low wages.

"We are being contacted by Australian providers offering us tens of thousands of dollars more than the DHBs in New Zealand.

"Even the starting wage in Australia is more than many of us could hope to earn here."

She expected there would be a significant staffing shortage and skills gap as more workers chose to leave the country.