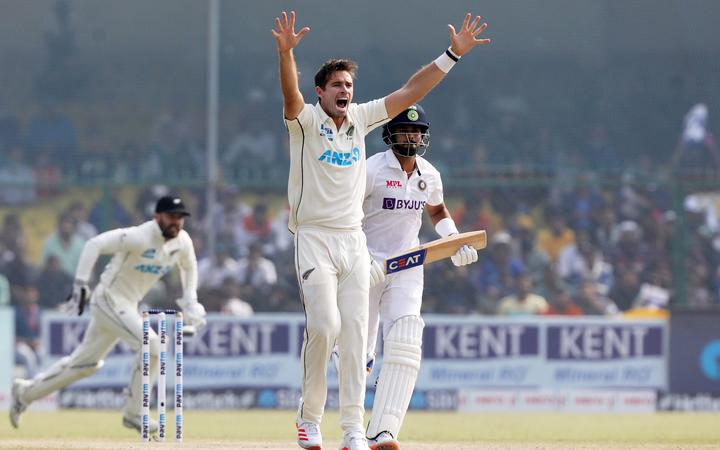 On the final day of the three-day awards ceremony, Southee shared the podium with Bert Sutcliffe Medal recipient Penny Kinsella; the Test Player of the Year, Devon Conway, and the women's and men's Domestic Players of the Year - Nensi Patel, and joint male winners Tom Bruce and Robbie O'Donnell.

Southee, who has not previously been awarded NZC's supreme award, the Sir Richard Hadlee Medal, was named the winner on the basis of his sheer consistency throughout the summer; at home and abroad, in red and white ball cricket.

Already named as the winner of this year's Winsor Cup for first-class bowling, he captured 36 Test wickets at 23.88, including best figures of six for 43 against England at Lord's and five crucial wickets against India in the victorious ICC World Test Championship Final at Southampton.

Southee has now taken 338 Test wickets - 23 fewer than Daniel Vettori and 93 short of the record-holder the award is named after, Sir Richard Hadlee.

"It's a huge honour to win such a prestigious award," Southee said, speaking from India where he is currently playing in the IPL for the Kolkata Knight Riders.

"Like most cricketers growing up I knew all about the exploits of Sir Richard and it's certainly pretty humbling to win his award this year. 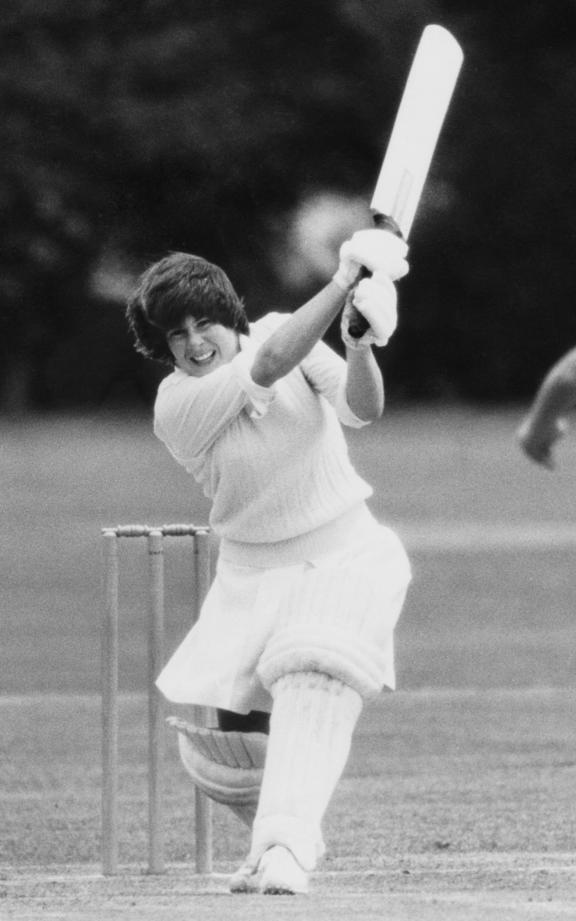 Penny Kinsella in action for Central Districts in the early 1980s. Photo: PHOTOSPORT

"While the accolades are nice, I think it really just reflects the way we have worked together as a group and played our cricket for a long period of time.

"It's been great to be a part of this period and being able to win games for our country which is something that's very special."

Kinsella, a former New Zealand Test representative who has since devoted herself to growing the game and particularly the women's game, was awarded the Bert Sutcliffe Medal, considered by NZC to be the most prestigious of the non-playing awards.

The daughter of Test and ODI umpire Dave, Kinsella is a teacher and was a driving force behind re-introducing cricket for girls at Onslow College in Wellington, where she is currently employed as deputy principal.

She has fulfilled many voluntary roles in cricket since her retirement as a player, including managing teams, coaching provincial, New Zealand A and South Island teams and squads, and three stints as a White Ferns selector.

She still assists Cricket Wellington with selecting and coaching age group squads, and mentoring players, and is on the board of the Cricket Museum, based at the Basin Reserve.

"It was a lovely phone call to receive and I was just so humbled," Kinsella said.

"The things I do - I do because I want to do it for people. I want to recognise and keep people from the past involved so they can continue to be proud of what they've done in the game.

"I also have a real passion for developing young players and I'm hoping I can produce a New Zealand player out of that soon.

"We need to take the flow from this recent Women's Cricket World Cup and really build on it because the women's game is on the rise."

Conway carried off the Test Player of the Year Award after starring on debut with a double-century against England at Lord's, and making two more centuries, while amassing 767 runs at 63.91 over the season.

The Women's Domestic Player of the Year went to Northern Brave spinning all-rounder, Patel, on the back of her strong form across the Super Smash and the Hallyburton Johnstone Shield competitions: 11 wickets in the former, and 18 at 17.83 to top the wicket-taking charts in the latter. 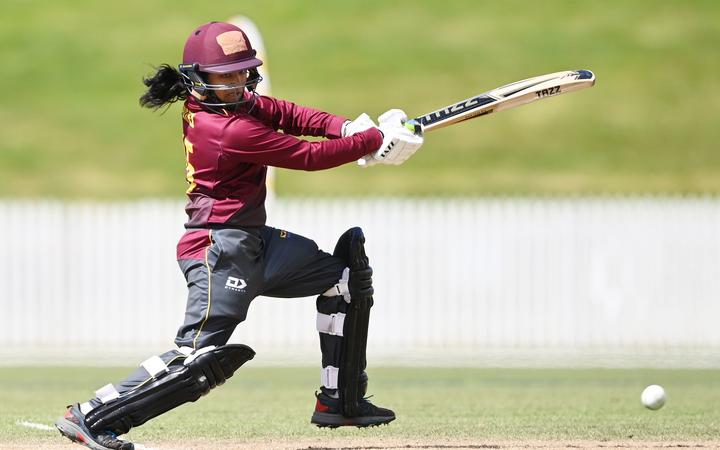 Central Stags batsman Bruce and Auckland Aces captain O'Donnell were named as joint winners of the Men's Domestic Player of the Year Award after the judges found it difficult to separate the pair.

On the other hand, Bruce scored 858 Plunket Shield runs at 143, including back to back double-centuries, and along the way became the first New Zealander to score more than 500 first-class runs without being dismissed.

The final day also saw moments of excellence honored - including Ajaz Patel's rare feat of claiming all ten wickets in an innings against India, Kane Williamson and Kyle Jamieson's selection in the ICC Test Team of 2021 and Daryl Mitchell's ICC Spirt of Cricket award.