The first internationals for both Black Sticks teams since last year's Olympic Games have been locked in. 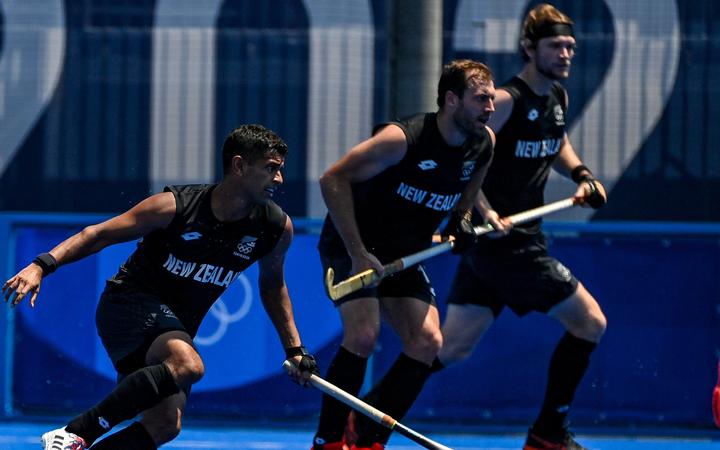 The Black Sticks on the attack against India Photo: Photosport

Hockey New Zealand (HNZ) confirmed on Thursday the national women's and men's sides would host their Australian counterparts in a pair of four-match series in May.

Starting with game one on May 10, the two series were set to be played as doubleheaders at the National Hockey Centre in North Harbour.

The tests would be the first for either Black Sticks team since their Tokyo Games' campaigns in July and August last year.

The series would also mark a centenary of trans-Tasman hockey rivalry, with 2022 being 100 years since the first match between the two countries.

"With the opening of the border, we've worked really hard with Hockey Australia to make this series happen and to give our community the chance to see our Black Sticks in action ahead of some pinnacle events on the horizon," HNZ chief executive Anthony Crummy said.

"These matches will be great for our teams to see where they're at ahead of a World Cup for the women and the Commonwealth Games for both teams."

The announcement of the series came on the heels of confirmation of a return to the FIH Pro League for both Black Sticks sides.

Season four was set to start in October, with the New Zealand men starting their campaign against India and Spain in India in October.

The New Zealand women would then host the USA and China in February next year, before both teams welcomed Australia and Great Britain to Aotearoa in April, 2023.

"We can't wait to bring more international hockey to all parts of the motu and get back to competing on the world stage, inspiring the next generation of hockey players, and turning the Black Sticks into world beaters," Crummy said.

May's test series would be the first matches in charge for new men's coach Greg Nicol, who was appointed late last year.