An emotional Ross Taylor got a winning farewell from his New Zealand team mates who thrashed the Netherlands by 115 runs in the final one-dayer to complete a 3-0 series sweep. 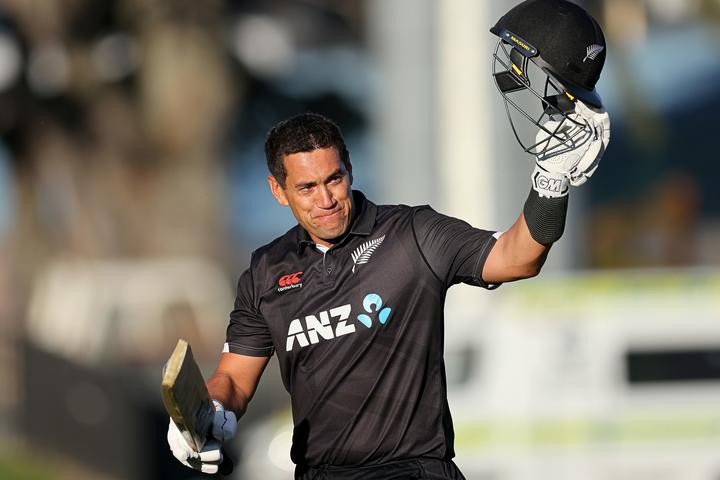 The 38-year-old, who played the last of his 112 tests in January, could not hold back tears when the teams lined up for national anthems at Hamilton's Seddon Park for his 236th and final ODI in New Zealand colours.

Taylor, who has played 450 matches for New Zealand in all formats since his ODI debut in Napier 16 years ago, received a guard of honour from the Dutch side when he walked out to bat.

He managed 14 off 16 balls before retiring as New Zealand's most successful one-day batsman having accumulated 8,607 runs including 21 hundreds and 51 half-centuries, both record marks for his country.

Taylor's final act in international cricket was taking a catch to seal New Zealand's comprehensive victory watched by his family.

Will Young (120) and Martin Guptill (106) smashed centuries to power New Zealand to 333-8 but the day belonged to Taylor who led them off the field after the victory.

"But it isn't just the stats that has endeared him to the cricketing public of New Zealand. That's his own personal qualities.

Taylor, presented with a traditional Samoan necklace, thanked the NZC and his team mates.

"It's been a pleasure. I thoroughly enjoyed every minute of it," the former New Zealand captain said.

"I'll be watching from afar to see how you guys go."