Not all heroes wear capes - some drive bulldozers

When the rain began falling in northern Hawke's Bay two weeks ago, Hamish Pryde feared his small town might be in trouble. 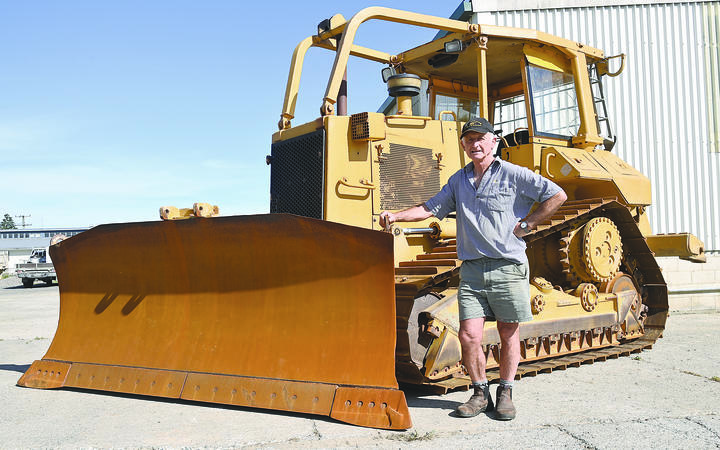 Hamish Pryde with the bulldozer that he has owned for about 30 years. The machine started its life in Fiji before being imported to New Zealand. Photo: SUPPLIED/ Gisborne Herald

It was March 23, and a state of emergency had been declared for Gisborne and the East Coast in Tairāwhiti where bad weather was wreaking havoc.

As the storm moved south, Wairoa was copping its fair share too, and emergency personnel were kicking into action.

But not all heroes wear capes. Some drive bulldozers.

Enter Pryde, a man with over 40 years bulldozing experience, who just happened to be driving near the mouth of Wairoa River at 9am that day.

As he looked out at the rising water, alarm bells went off.

"Wairoa becomes quite vulnerable to flooding if the river bar gets too offset from its preferred mouth position," he said.

"After that first big belt of rain, the Wairoa River was at pretty extreme levels." 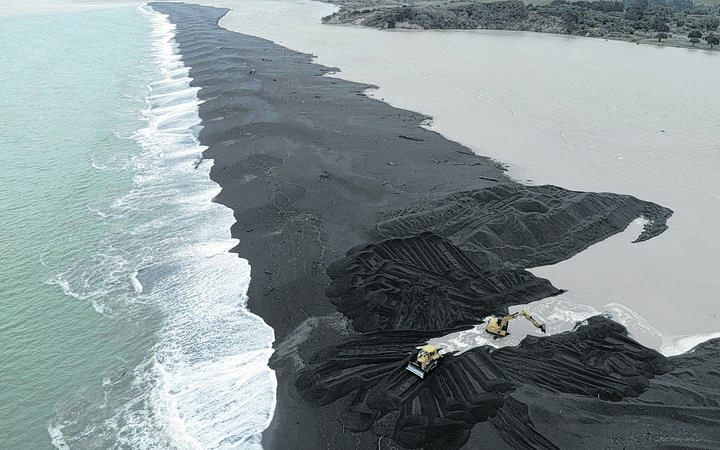 Hamish Pryde and a worker from Pryde Contracting busy opening up the Wairoa River mouth last month in an effort to avert a flooding disaster for the township and low-lying areas. Photo: SUPPLIED/ Hawke's Bay Regional Council

A third generation resident, he understood the conditions well and what was potentially at stake - homes with a low elevation next to rising waters.

As the rain continued to beat down, the level was only getting higher and Pryde knew the sand bar at the entrance needed urgent attention.

He had already had a go at cutting into it earlier in the year - upon the direction of Hawke's Bay Regional Council - but the conditions had not been favourable.

Now he needed to act fast, with the impending storm making things treacherous.

"I recognised there was the opportunity if we were quick enough to have another go at cutting the mouth out into the preferred location, so I contacted the regional council and it just took me a little while to convince them that that's what we should do.

"There was a little differing in opinion whether we could do it successfully or not."

It was a race against the clock but Pryde was having difficulty even getting to the start line.

Crossing farmland in his trusty bulldozer, he encountered floodwater that was already halfway up one of the gates he had to open. Next he had to wade his machine through a couple of hundred metres of deep water, which had him "quite nervous".

But Pryde would not be denied and with the help of his team member on a digger, he began excavating the river mouth in the early afternoon.

It wasn't until darkness began descending that the job was complete, and the river was able to flow as it should.

The 65-year-old downplayed the technicality of the job, despite his heroics.

"The actual bar opening, the actual physical work is relatively straightforward. Timing is the critical thing. The river was already at quite an extreme level," he said.

"It's already putting pressure on the existing bar to scour out. If that got too advanced, our new bar would never be able to take control. Just with a bit of delay to get the go-ahead, that was already starting to happen."

But the end result was worthwhile.

"We got it open... we were just quick enough and then that extreme weather event came and that helped open the new bar and saved the town, basically."

The drama wasn't over, however.

Following the event, Hawke's Bay Regional Council posted to Facebook a series of drone shots showing Pryde hard at work on the day.

He was praised by many for his efforts, but some users took exception with the council, saying the work had only been completed at Pryde's insistence.

One person claimed he had to guarantee the job at his cost if it wasn't ultimately successful.

The council did not respond directly to Local Democracy Reporting on the matter, saying there were many components to making a decision for a successful bar opening.

"We have a long-standing professional relationship with Pryde Contracting and we value their input into the decision-making process. Ultimately it is the decision of the (Hawke's Bay) regional council," group manager asset management Chris Dolley said.

Meanwhile, Pryde didn't want to go into the politics of the situation, prefering to focus on the fact a potential disaster was prevented.

Asked what his next big act was, he gave a humble response: "Keep yourself grounded and do your best every day. That's what you've got to do."