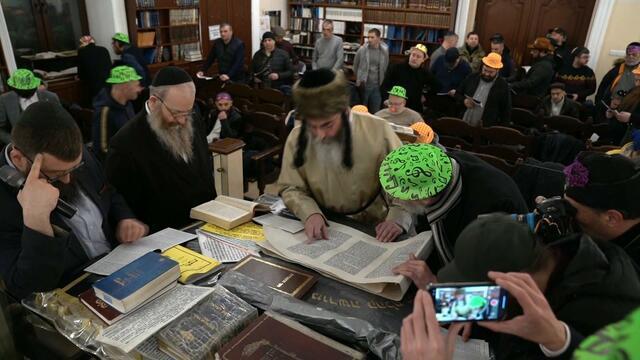 This weekend, Jews, Christians and Muslims are all celebrating major holidays at the same time. Ramadan, Passover and Easter all coincide in a rare occasion. But in Europe, the war in Ukraine overshadows all three holidays.
A Ukrainian and a Russian woman who work together at a Rome hospital took part in Pope Francis' "Way of the Cross" service. But the meditation they wrote was scrapped after protests by Ukrainian Catholics claimed the war made it inappropriate.
In Jerusalem, Palestinians and Israeli police clashed Friday at the al-Aqsa mosque. More than 150 worshippers were injured at the site that is sacred to Jews and Muslims.
In Odesa, the celebrations at the synagogue drown out the air-raid sirens. Rabbi Avraham Wolff told CBS News this weekend is a timely remembrance of what the holidays are truly about.
Wolff said he hasn't eaten or slept in days, but can't show his tears to Chabad Odesa because his worshippers look to him for courage.
"There's no more free country like Ukraine. I never say something, and I look back if somebody hears me. No more freedom place than Ukraine," he said.
source: https://www.cbsnews.com/news/ramadan-passover-easter-ukraine/