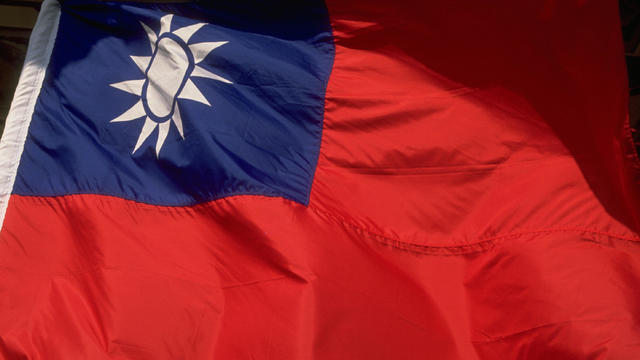 A Taiwanese television station apologized Wednesday for "causing public panic" when it erroneously ran a series of alerts saying China had launched attacks on the island.
Taiwan's 23 million people live under constant threat of an invasion by China, which views the self-ruled democratic island as part of its territory to be re-taken one day, by force if necessary.
Taipei-based Chinese Television System (CTS) sparked alarm when it aired several news alerts on its screen including "New Taipei City hit by Communist army's guided missiles" and "Vessels exploded, facilities and ships damaged in Taipei port."
Other alerts said, "Communist China's frequent war preparations, the President issued emergency order" and "War could break out, New Taipei City opens joint emergency command and control center."
CTS attributed the blunder to staff who mistakenly put out content from disaster prevention drills that the station was commissioned to produce for New Taipei City's fire department.
"CTS offers its sincere apology that this serious flaw has caused panic among the public and trouble to relevant units," the company said in a statement.
The false war alerts hit a nerve at a time of heightened fears in Taiwan raised by Russia's invasion of Ukraine and concerns China might similarly one day follow through on threats to annex its smaller neighbor.
CTS said it ran corrections and apologies on multiple channels, adding that it will "severely punish" those responsible after initiating an internal probe.
"Don't panic," read a message posted on its official Facebook page, with a photo of a clarification alert saying: "CTS mistakenly ran war and disaster prevention message, no need for the public to panic."
Some on social media reacted with anger and scorn but there was no sign of mass panic on the streets of Taipei Wednesday morning.
Beijing has ramped up pressure on Taiwan since President Tsai Ing-wen took office in 2016, since she views the island as a sovereign country and not part of Chinese territory.
Its saber-rattling has increased considerably over the past year, with warplanes breaching Taiwan's air defense zone on a near-daily basis.
Last year, Taiwan recorded 969 such incursions, according to a database compiled by AFP -- more than double the roughly 380 in 2020.
The number of sorties reached around 300 in the first four months this year.
source: https://www.cbsnews.com/news/taiwan-tv-station-mistake-china-invasion/