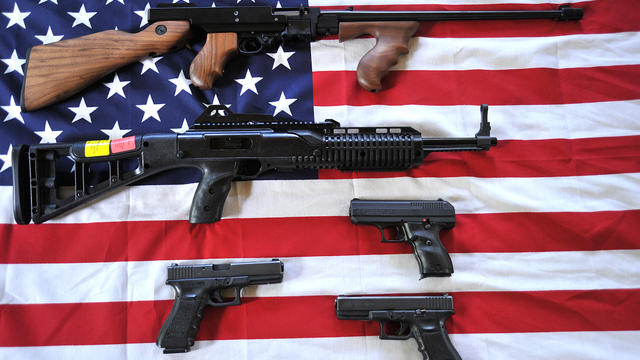 Most U.S. firearms go unregistered, so numbers are hard to come by. Still, there are windows into the world of gun ownership — slices of data that offer pieces to the puzzle.
The RAND Corporation published a 2020 study on adults who say they live with at least one gun. And every year, the Bureau of Alcohol, Tobacco and Firearms publishes a list of federally registered guns by state. It covers only a subsection of weapons — short-barreled shotguns, short-barreled rifles, and machine guns are included, along with silencers and destructive devices like grenades, but ordinary pistols or AR-15s are not.
So which states had the most such licenses in 2021? Here's the latest ranking, along with the RAND numbers, which reveal insights into America's love of guns.
source: https://www.cbsnews.com/pictures/gun-ownership-rates-by-state/