Barnett to bring 'intensity and passion' to Warriors pack

Newcastle Knights forward Mitchell Barnett has been granted an early release from his contract with the NRL club, to join the Warriors from next year.

Barnett, 27, had a year to run on his deal with the Knights, but despite the club offering him an extension, he's decided to reunite with his former coach Nathan Brown on a three year deal with the Auckland club.

Barnett will play out the remainder of seasonn with Newcastle once he returns from suspension. 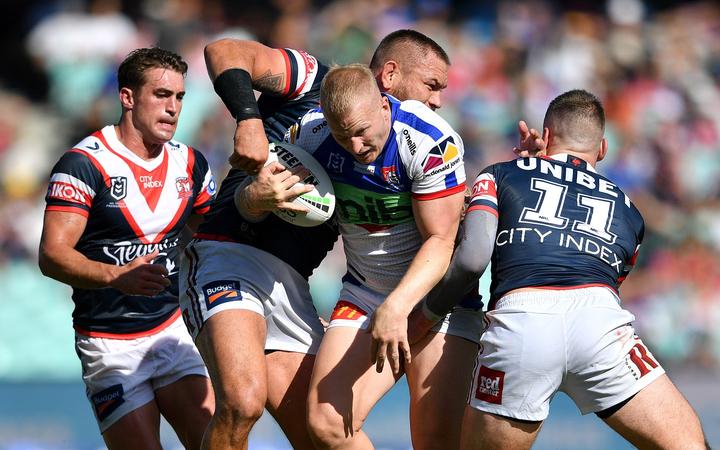 Mitchell Barnett on the charge against the Sydney Roosters. Photo: Photosport

Now in his eighth season with 117 appearances to his name, Barnett has been a mainstay of the Newcastle pack since 2016.

Warriors general manager football Craig Hodges said Barnett "has been on our target list for some time as we look to boost our pack."

"He brings a level of intensity and passion which is going to be a real asset for us."

Warriors head coach Nathan Brown has had a close association with Barnett from their time at the Knights, signing the second rower midway through his first season with the club in 2016.

Barnett says moving to the Warriors gives him the chance to further develop his game.

"I have personal goals of playing representative footballandI am also looking forward to working with Brownie again," he said.

Across his 115 matches for the Knights, he has averaged 104 metres and 33 tackles a game.