'It's been busier than Christmas' - bach bookings boosted over Easter

Bach bookings over Easter were higher than they've been in years, as holiday makers took the opportunity of a long, fine weekend at Orange to get out and about. 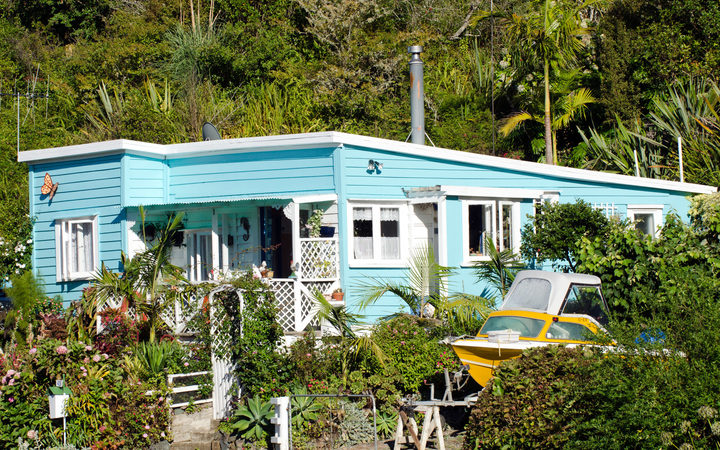 One company that hires out baches was 97 percent booked across the country.

The website Bachcare rents out about 2500 holiday homes, and over the weekend just 80 of those baches were not booked.

"It's been the busiest we've seen since lockdown was lifted in 2020 and Queen's Birthday saw a surge in bookings over that period," Bachcare head of marketing Zaina Razzaq said.

"It's been busier than Christmas / New Year 2021. It's just been an extraordinarily busy time for us."

Spokesperson Simone Scoppa said their bookings were the highest since Easter 2019.

"[The] Nelson region was one of our most booked destinations - there were only about seven holiday homes that weren't booked out. Rotorua, there was only three holiday homes left to book... and there are hundreds of holiday homes we do have in Rotorua," Scoppa said.

Auckland and Wellington were also popular for a city trip or people visiting friends and family, she added.

And it wasn't just baches but campgrounds too.

Jo Edmonds of Coromandel's Top 10 Holiday Park said they were flat out.

"Easter weekend fully booked, Anzac is fully booked. And I guess because they coincide with each other this year and the school holidays that people are just probably taking the whole week off," Edmonds said.

Queenstown Chamber of Commerce chief executive Ruth Stokes said the busy weekend was a good "shot in the arm" before demand really picks up in winter, which is still a couple of months away.

"It's been great, certainly everyone's been busy, lots of people on the street. Hearing a lot of people through the doors of retail and hospitality. And a lot of visitors from up north, particularly Northland and Auckland," Stokes said.

But she said Queenstown accommodation bookings are still well down on pre-Covid times.

Jo Edmonds in Coromandel said people did seem to be getting more confident about travelling again.

"It's been really good since the beginning of December, with all the public holidays through January, February and now Easter. It's really nice after having such an uncertain two years."

But some are still leaving bookings to the last minute.

"There are still bookings coming in for school holidays, and they're looking like a sell out as well at this point. It's good that people are feeling more confident to travel," Razzaq said.

The coming weekend is a long one as well, and then there are two in June - Queens Birthday and the very first Matariki public holiday on 24 June.