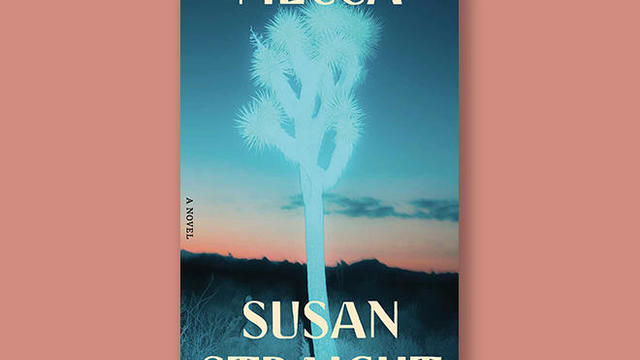 Acclaimed novelist Susan Straight's latest book, "Mecca," dramatizes an epic panorama of a multiethnic southern California facing social and environmental conflagrations.
Read an excerpt below.
Fuego CanyonThe Santa Ana River Between Yorba Linda and Corona
The wind started up at three a.m., the same way it had for hundreds of years, the same way I used to hear the blowing so hard around our little house in the canyon that the loose windowsills sounded like harmonicas. The old metal weather stripping played like the gods pressed their mouths around the screens in the living room, where I slept when I was growing up. After I got off work this morning, the wind took a break, and I was knocked out for a few hours, waking up to hear Rose Sotelo's radio next door playing ranchera music, tubas and trumpets thumping against the stucco, her canaries worried in their little songs.
But now that I was back on shift, the Harley was pushing hard against the biggest gusts, the Santa Anas blowing crazier than ever, the way they did in the afternoons. Fierce from the nap. Brazilian pepper trees, the ones that grew in every vacant lot or frontage road area along the 91 and the 55 freeways, had those long branches like ferns or seaweed, and when the wind blew them sideways like skirts I could see homeless encampments under a lot of the trees.
A Thursday in October. Santa Ana winds, ninety-four degrees. Fire weather. People were three layers of pissed off. Everyone hated Thursday. Wednesday was hump day, but Thursday was when people drove like they wanted to kill each other. Today everyone was thinking of Halloween—the women wondering what sexy costume to wear for parties now that grown-ups had taken over the holiday, the men pissed that the Dodgers had lost even though they were supposed to be the Boys of October, and now the 2019 baseball season was over. The kids already tired as shit of school and practice. Then the wind. Every few minutes, dust and trash flew across the lanes.
But fall winds always made me think of my mother, holding me tight in the old redwood chair my father had tied to the porch railing, up in Fuego Canyon, while the Santa Anas blew in the black night when they always started. My first memory—her talking to me before dawn, gusts so strong it felt like our house would go rolling down the canyon like a tumbleweed, the horses snorting in the barn, and my father down in the orange groves, making sure the trees didn't dry out. "Nothing else is for sure but the wind," she'd say while the eucalyptus leaves and bark flew past us. "We might not get rain, mijo. For a whole year. But we always get the Santanas." My mother loved the wind, but she knew the flames would follow. And it wasn't just that she was watching for fire—she would hold me tight and say, "We're gonna look out for smoke, but right now, it's like we're in the ocean. Look at this, Johnny."
From "Mecca" by Susan Straight, published by Farrar Straus Giroux. © 2022 by Susan Straight. Reprinted with permission.
For more info:
source: https://www.cbsnews.com/news/book-excerpt-mecca-by-susan-straight/