Ten new deaths have been reported today - including someone aged between 10-19 - while the daily number of new community cases in New Zealand has dropped back below the 10,000 mark. 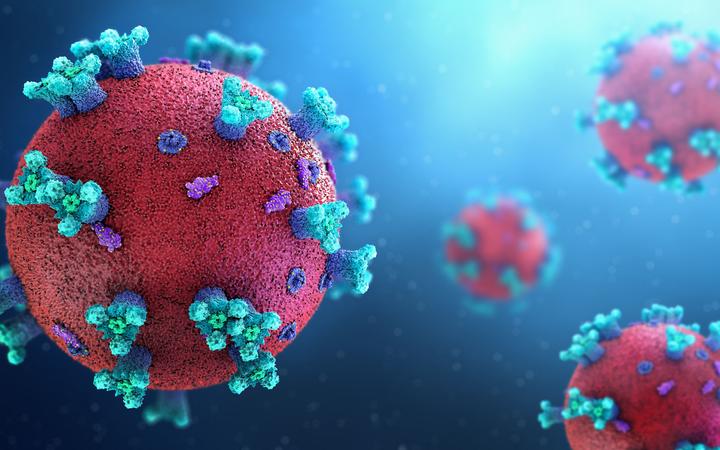 Director-General of Health Dr Ashley Bloomfield said yesterday that the weekly rate of cases had fallen over the past week. Photo: AFP / Science Photo Library

Two people were from the Auckland region, one from Waikato, two from the Lakes DHB area, three from the Wellington region and two from Canterbury. The deaths being reported today include people who have died over the past 15 days.

The death toll of people who have died with Covid-19 is now 466.

There were also 69 cases identified at the border.

The total number of confirmed cases of Covid-19 in New Zealand has now exceeded the three-quarters of a million mark, with 750,385 cases.

Director-General of Health Dr Ashley Bloomfield said yesterday that the weekly rate of cases had fallen over the past week from 22.5 percent per 1000 people to 18.5 per 1000 and that new hospitalisations each day were tracking down.

He also cited a survey that showed 76 percent of people said they would stay home if feeling unwell, up 3 percent since January, while 76 percent would also stay home if they had symptoms or were waiting for a test result.

About three quarters of people were using face masks in shops and while using public transport, the survey found.