Solomon Islands-China security deal should be made public says Kenilorea

A senior Solomon Islands MP has warned that the controversial security agreement with China could result in action among local opponents to the deal.

The government in Honiara signed a controversial security agreement with China despite concern from local political figures, as well as Australia, New Zealand and the United States.

There are regional concerns the deal could open the door for Beijing to base its military in Honiara, but Prime Minister Manasseh Sovagare said that's not the purpose of the security pact. 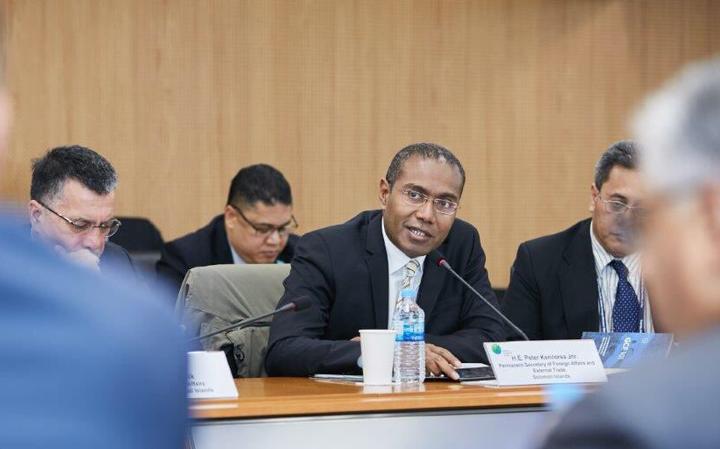 But Solomon Islands' parliamentarian and chairman of the foreign relations committee Peter Kenilorea Jr said Sogavare's decision to seal the deal - despite significant opposition - could lead to domestic ramifications.

He said certain sections of the nation's population have been strongly against China since the diplomatic switch from Taiwan in 2019.

Kenilorea said some people will not take this lightly and it is going to cause further tensions that are already at play locally.

"It will just further inflame emotions and tensions. And again underscores the mistrust that people have on the government.

"And it is cause for concern for many Solomon Islanders, but definitely a certain segment of the society will now feel even more concerned and might want to start to take certain action which is not in the best interest of Solomon Islands in our own unity as a country," he said. 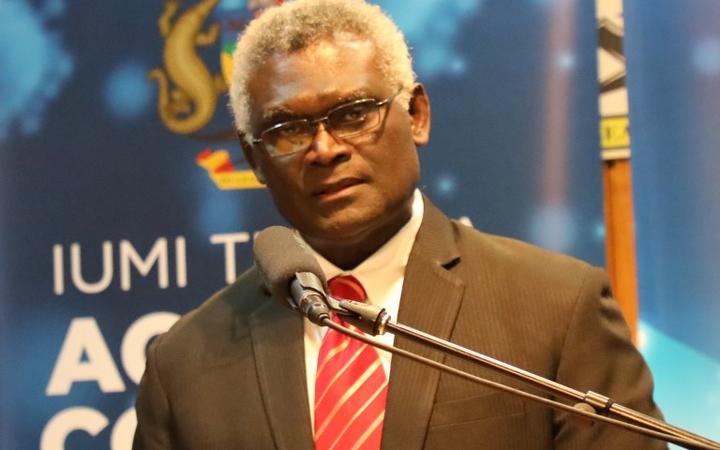 Kenilorea said the government needs to make the security document signed with China available to the public.

"It is that important that it should be made public. We have a security treaty with Australia, and that can be accessed online.

"So why couldn't this be and I will be calling for that signed copy to be made available so that all Solomon Islanders as well as a region can see what is in there," he said.

The opposition leader Matthew Wale made that a formal request in parliament "to allay any regional fears" and received a non-commital response from Sogavare.

"And now that the agreement has been signed whether the Prime Minister will allow a disclosure of the agreement so that members may have a ???? but also to allay any regional fears of any hidden parts of it."

The Australian federal government has declared it is "deeply disappointed" that Solomon Islands has pressed ahead and signed the security pact with China.

The announcement comes just days after Australia's Minister for the Pacific Zed Seselja travelled to Honiara and met the country's Prime Minister Manasseh Sogavare in a last-ditch effort to dissuade him from going ahead with the deal.

Senator Seselja and Foreign Minister Marise Payne said the government was "disappointed" by the agreement and that it was not reached in a transparent way.

"Ultimately, this is a sovereign decision of the government of Solomon Islands and we absolutely recognised that, but … declarations and these engagements on security issues have been dealt with in a Pacific-wide manner," Payne said.

"That is the traditional approach for these issues and it's why some Pacific partners have also raised concerns."

Senator Payne said the government's position was still that Pacific neighbours were the best to delivery security in the region and said it was an "unfair characterisation" to say the region had become less secure while Prime Minister Scott Morrison has been in power.

The ministers said while Solomon Islands had the right to make sovereign decisions about national security, Australia still believed the "Pacific family" was best placed to provide security guarantees.

In Washington, the White House, which is sending a high-level US delegation to Honiara this week, said it was concerned about "the lack of transparency and unspecified nature" of the pact.