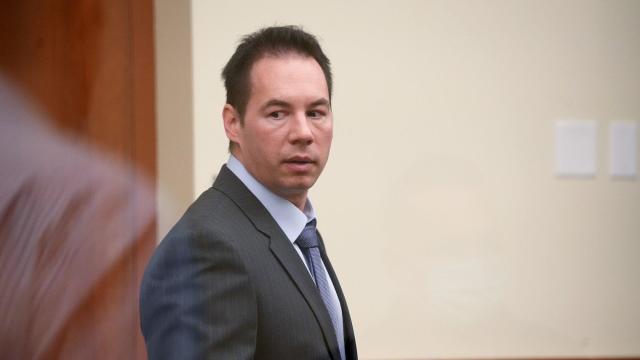 A judge told jurors deliberating in the trial of an Ohio doctor charged in the deaths of 14 hospital patients to keep working Monday after they said they were deadlocked.
Franklin Judge Michael Holbrook told the panel to make one more attempt to come up with a verdict in the case of Dr. William Husel, who's accused of ordering excessive painkillers that led to the deaths of patients in the Columbus-area Mount Carmel Health System.
Prosecutors contend that the amount of painkillers Husel ordered for nonsurgical situations indicated an intent to end lives and that regardless of how close a patient is to death, it was illegal to speed up the process.
Husel's attorneys argued that he was providing comfort care for dying patients, not trying to kill them. One of his defense attorneys said during closing arguments of the trial that began in February that the state hadn't provided evidence to prove murder allegations.
Before deliberations began last week, the judge told jurors they could also consider lesser charges of attempted murder, and denied a last-minute motion to declare a mistrial.
Jurors seated for the trial heard from 53 prosecution witnesses, including medical experts, Mount Carmel employees, investigators, and family members of all 14 patients.
Husel's defense team called a single witness on March 30: a Georgia anesthesiologist who testified that Husel's patients died from their medical conditions and not Husel's actions.
Helen Young's husband of 46 years died in Husel's care.
"He said, 'Mr. Young's kidneys are gone. His lungs are gone. He's brain dead.' I said, 'How did all that happen at once?' I said, 'How in the world did that happen,'" Young told CBS News in 2019.
source: https://www.cbsnews.com/news/dr-william-husel-trial-14-patient-deaths-jury-deadlocked/