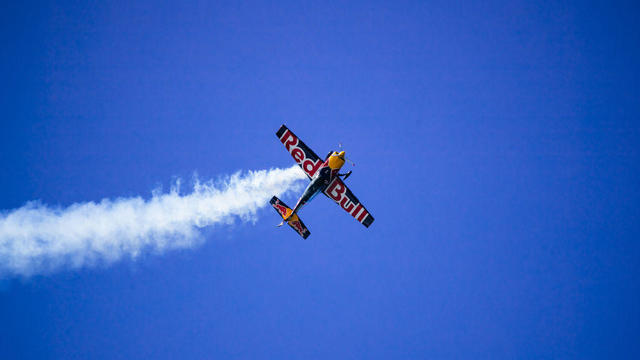 Authorities were investigating the crash of one of two planes that were part of a Red Bull stunt in which two pilots attempted to swap planes in mid-air over the Arizona desert.
The Federal Aviation Administration said the pilot of the plane that spun out of control on Sunday evening and crashed ended up landing safely by parachute. The other pilot regained control of the second plane and landed safely.
Local authorities say the plane crashed near Eloy, roughly 65 miles southeast of downtown Phoenix.
The federal agency said it denied an organizer's request for an exemption from regulations that require people operating planes to be at crew-members stations and wear safety belts.
The FAA said the event's organizer said the exemption was in the public interest because it would promote aviation and encourage students to pursue careers in science, technology, engineering and math. But the agency concluded such an exemption wouldn't be in the public interest.
source: https://www.cbsnews.com/news/red-bull-plane-crash/