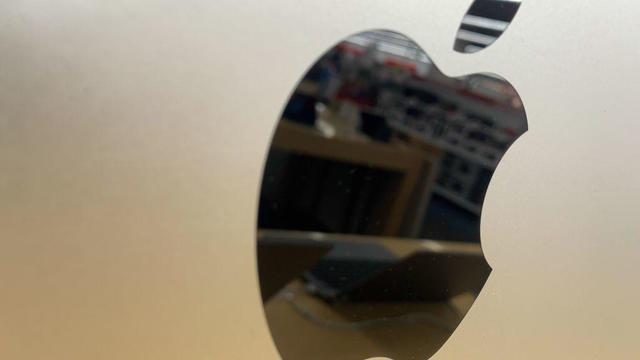 Workers at an Apple store in Atlanta, Georgia, have filed to hold a formal union election with the National Labor Relations Board, becoming the first group of Apple store workers in the country to do so.
According to Communications Workers of America, which would represent the workers should they vote to unionize, 70% of the the store's 107 employees have signed union authorization cards.
"A number of us have been here for many years, and we don't think you stick at a place unless you love it," Derrick Bowles, an employee at the Cumberland Mall store, said Wednesday in a press release. "Apple is a profoundly positive place to work, but we know that the company can better live up to their ideals and so we're excited to be joining together with our coworkers to bring Apple to the negotiating table and make this an even better place to work."
Apple did not comment on the unionization effort, but told CBS News that it offers compensation benefits for full-time and part-time employees, including health care and parental leave and a minimum hourly wage of $20 an hour.
Workers at several other major retailers across the country have also taken steps to form unions. Employees of at least 17 Starbucks locations in the U.S have voted to unionize, with 150 additional stores filing to hold upcoming union elections. Workers at a New York City Amazon warehouse voted in April to form the company's first union, which Amazon said it will contest.
On Monday, an Apple store in New York's Grand Central Terminal also announced plans to unionize, citing goals of "higher pay, better working conditions and more robust benefits."
The National Labor Board told CBS News that the Atlanta store's petition has been received. The NLRB office plans to conduct a "showing of interest check" to confirm that at least 30% of the workers have signed their union cards. If the petition is approved, the proposed elections for the store would take place on May 5, 6 and 7.
Musadiq Bidar and Megan Cerullo contributed to reporting.
source: https://www.cbsnews.com/news/apple-store-union-atlanta/