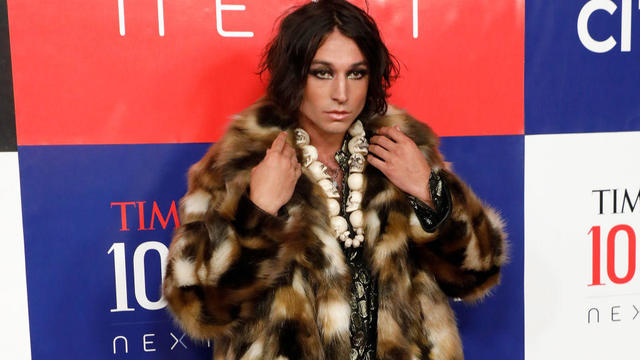 DC Comics star Ezra Miller was arrested in Hawaii on Tuesday morning for allegedly throwing a chair that hit a 26-year-old female, according to the Hawaii Police Department. The is "The Flash" star's second arrest in the state in less than a month.
Police said that officers responded to a private gathering at a home in the Leilani Estates subdivision in lower Puna. Witnesses reported that a person, later identified as Miller, "became irate after being asked to leave" and threw a chair, striking the woman in the head and leaving a half-inch cut.
The woman refused treatment for the injury, according to police.
Miller, who uses they/them pronouns, was arrested at 1:30 a.m for assault in the second degree during a traffic stop in Kea'au.
They were released shortly after 4:05 a.m on Tuesday morning. Police say the incident is still being investigated.
This isn't Miller's first run in with Hawaii authorities. On March 29, Miller was arrested after allegedly becoming agitated with bar patrons who were singing karaoke. The bar owner asked them to calm down "several times" but they did not listen, instead yelling "obscenities," grabbing the microphone from a girl singing and lunging at a man playing darts. The 29-year-old was charged with disorderly conduct and harassment and arrested just after was midnight. They were released after posting $500 bail.
The "Justice League" actor is best known for their role as Flash in the DC Comics' cinematic universe. They also appeared in "We Need To Talk About Kevin," "Perks of Being a Wallflower" and the "Fantastic Beasts" trilogy.
Their most recent film "Fantastic Beasts: The Secrets of Dumbledore," was just released on April 15. The standalone film "The Flash," which Miller will star in, is slated to be released in 2023.
source: https://www.cbsnews.com/news/ezra-miller-the-flash-actor-arrested-hawaii-assault/