Chelsea forward Sam Kerr scored a double as the Australian women's footballers beat New Zealand 3-1 in their friendly in Canberra. 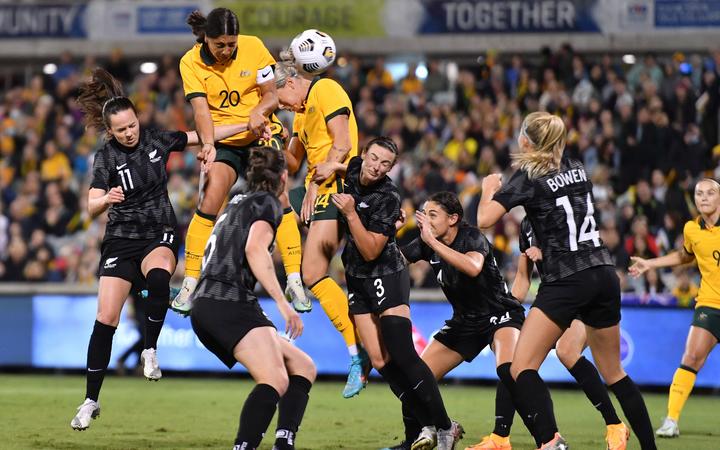 It follows their 2-1 win in Townsville last Friday.

The Ferns starting line-up saw two changes from the previous match. Erin Nayler replaced Victoria Esson in goal and Meikayla Moore came in for Ria Percival who had to withdraw after suffering an ACL injury.

In front of an enthusiastic 13,077 supporters, Kerr scored in the 15th and 32 minutes, while Hayley Raso also scored to give the homeside a comfortbale lead.

However, the Football Ferns pegged a goal back with only their second chance of the game when Hannah Wilkinson showed great tenacity to slot home on the stoke of half-time.

Neither side were able to find the net in the second half, despite the Matildas creating a multitude of chances and, although New Zealand improved in the final 10 minutes, the visitors never really challenged the Australian goal goal.

Kerr described the performance as "controlled" and that appeared a fair reflection to a contest in which the Matildas were clearly the better team throughout. 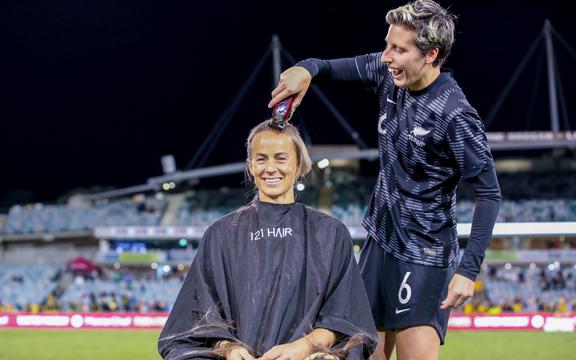 The visitors were repeatedly exposed when attempting to play out from the back, their admirable ambitions thwarted by the Matildas' press.

However, New Zealand did have the first chance when Wilkinson got in behind the Matildas defence and sent a shot just wide of Lydia Williams' goal.

New Zealand did not have the ability nor possession to really punish Australia.

That did improve with the introduction of Malia Steinmetz and Rebekah Stott in the second half.

Stott, who has returned to football after recovering from cancer, did not play in the first game.

After the match, Matilda's midfielder Aivi Luik shaved her head - with the assistance of Stott - after raising more than $30,000 for the Mark Hughes foundation after her brother Noah, was diagnosed with a brain tumour.

"I just wanted to do something," Luik said.

"It's just so heartwarming to get so much support."

The Ferns are next due to play in June.