Black Ferns Coach Glenn Moore has announced his resignation, days after a scathing review into team management and culture. 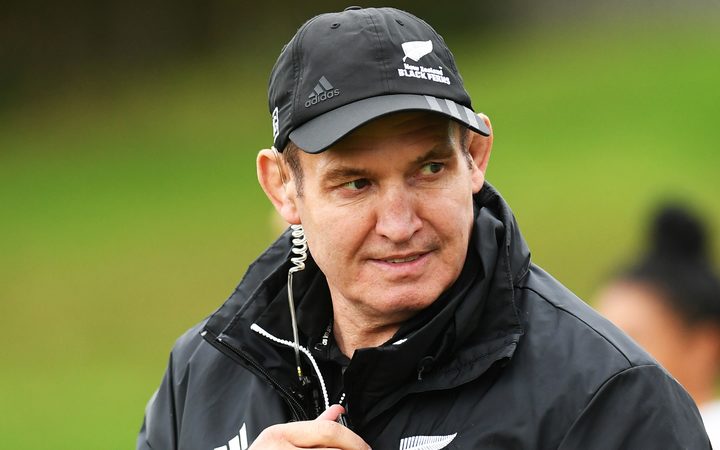 Moore made the surprise announcement today, despite reports earlier this week he would stay on to guide the New Zealand women through the defence of their Rugby World Cup title in October and November.

"It has been an extremely difficult and emotional decision to resign as Head Coach of the Black Ferns, effective immediately," Moore wrote in a statement.

"The decision to resign from a position I am passionate about six months before the 2022 Women's Rugby World Cup has been really tough for both me and my family."

"We understand and respect Glenn's decision to step down and it is a mark of his character that he has chosen to put the team first at this difficult time."

The review of the Black Ferns - released Monday - found that Māori and Pacific Island players within the Black Ferns had been badly served by both team management and NZ Rugby.

Moore said he felt it would be distracting for him to remain as coach with the review.

"I remain concerned that the prolonged Cultural & Environmental Review continues to be distracting at a time when all focus needs to be on maximising performance.

"As such, I feel it is in the best interests of the team that I step down."

The review was sparked when hooker Te Kura Ngata-Aerengamate shared a social media post saying Moore told her she did not deserve to be on the team, and was "picked only to play the guitar".

"While the social media post allegations importantly resulted in Te Kura Ngata-Aerengamate receiving the health and wellbeing support she needed.

"I did not agree with the allegations she made, and they were misleading. The post provided no context and unfairly and inaccurately represented me as a coach and a person."

"My values and beliefs were called into question, and it was very disappointing not only to me but also to my family. I have refrained from making any public comment about that until now out of concern for Te Kura's wellbeing at the time she made her post and to allow the review process to be completed."

Other Black Ferns players also complained of poor communication leading to misunderstanding and issues of favouritism or ghosting, a lack of timely or specific feedback, and insufficient investment in understanding how to coach women, Muir said.

Moore said it had been an honour for him to lead the Black Ferns for the past six and a half years, including the winning of the Women's Rugby World Cup in 2017.