"Crypto for dummies": The how, what and why of using virtual currency 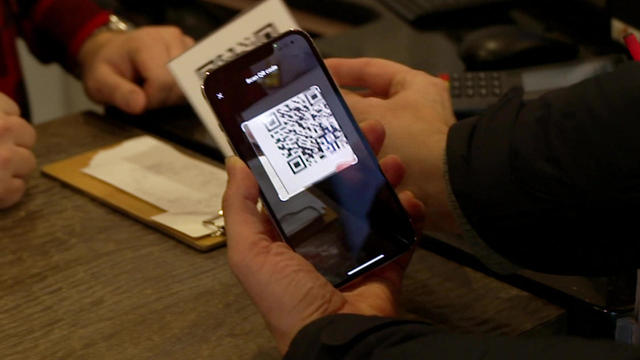 If you haven't heard of crypto, you clearly haven't been following the news lately. If you're not quite sure what crypto is, or what you should do with it, correspondent David Pogue is here to teach you (just about) everything there is to know about crypto, in nine simple steps:
"Crypto" is short for "cryptocurrency." Bitcoin was the original one, and it's still by far the most popular. But there are over 10,000 different cryptocurrencies. Anyone can start one up!
If you go to Google Images and type in "bitcoin," you get thousands and thousands of pictures of physical metal coins. Don't be fooled! The only place you can see cryptocurrency is on your phone or on your computer screen. The only cash register is the internet.
This is another reason why bitcoin may not strike you as a regular currency. For now, you'll have a really hard time spending it! Go to a pet store, a bodega or a hot dog cart, and you'll find it very hard to buy something with a cryptocurrency.
One of the few stores that accept bitcoin directly is the P.J. Bernstein Deli in New York. There, Pogue used his phone to capture a QR code, received a verification code, and hit "submit." Lunch paid for!
Crypto needs some trustworthy way to track all those transactions, and that's what a blockchain is. It's a theoretically tamper-proof public online database.
Caitlin Long, the CEO and Founder of Custodia Bank, a bank for digital currencies, described the blockchain as "a new type of ledger, where different parties who don't know each other – and certainly don't trust each other – actually can trust that that shared ledger is the so-called golden copy of all the data."
All you need to see it is an internet connection. And sure enough, at websites like blockchain.com, you can look at the transactions happening in real time, all essentially anonymous.
But if you can't really shop with cryptocurrencies, then what good is it? At this point It's mostly an investment, a speculative one, that got a big spike during the pandemic.
"I think it's, like, probably the biggest bubble of our lifetime," said Ryan Payne, the president of Payne Capital Management, a wealth-management firm. "I mean, this could be worthless at some point. Very possible."
Pogue asked, "You think it's going to zero?"
"I think there is no intrinsic value," Payne replied. "Look: We use oil, even gold. Whereas with bitcoin, there's no real use in society for it, which, again, in my mind equals could be worth nothing."
But traditional currency isn't based on anything physical, either. A dollar bill has value only because we all believe that it does.
Long said, "The good we use as money is a piece of linen, with a picture of a dead president in green ink printed on it. For the last 50 years, nothing's been backing it substantially, since the U,S. and the rest of the world moved away from the gold standard. It just is an intermediary. That's all it is."
To buy 50 dollars' worth of bitcoin at Coinbase.com, the largest U.S. exchange, the customer enters their email address, is sent a verification email, is asked for their phone number, receives an authentication code via text, submits the last four digits of their Social Security number, takes a photo of their driver's license, provides their bank PIN and password, hits "But Now," and voila! For $50 in "real" U.S. currency, Pogue has purchased 1/1000th of one bitcoin.
Pogue did purchase some bitcoin last May, and within six months, his money had more than doubled!
And then as of this week, it has crashed, almost all the way back down to where it started.
Long said, "It's very confusing. We're in the very, very early stages. I liken this to maybe the 1994 of the internet." The future, she said, "will have a look and feel very much like your online banking."
Crypto has some other problems to overcome before it's ready for the mainstream. There are all kinds of scams; the transactions are slow; if you lose your crypto password, you can lose your entire investment; and crypto transactions can bypass the U.S. financial sanctions on Russia.
And there's a terrible environmental cost. Creating new bitcoins and confirming their transactions require massive banks of computers burning vast amounts of power. By some estimates, every time you make a Bitcoin transaction, its network spews out half a ton of carbon dioxide.
Pogue asked Ryan Payne, "I'm trying to figure out how you can look at the same facts as crypto fanatics and draw such different conclusions?"
"We love a great story; Bitcoin's a great story; decentralized finance is a great story," Payne replied. "So, this is just human nature, doing what it does over and over again: deluding itself. But we know, based on history, how these things end."
Caitlin Long could not disagree more: "It's not a perfect system by any stretch. But it's going to make things better, faster, cheaper, more secure and, frankly, devolve power away from the big banks and even big governments towards the individual."
You can't believe how many haters, and how many fanatics, there are. But at this early stage in the life of crypto, everyone seems to agree on one thing:
"I certainly would not ever encourage anyone to put more money into this than you can afford to lose," said Long.
And Payne? "My philosophy is just put money into it you can afford to lose," he said.
For more info:
Story produced by Amol Mhatre. Editor: Joseph Frandino.
source: https://www.cbsnews.com/news/crypto-for-dummies-the-how-what-and-why-of-using-virtual-currency/