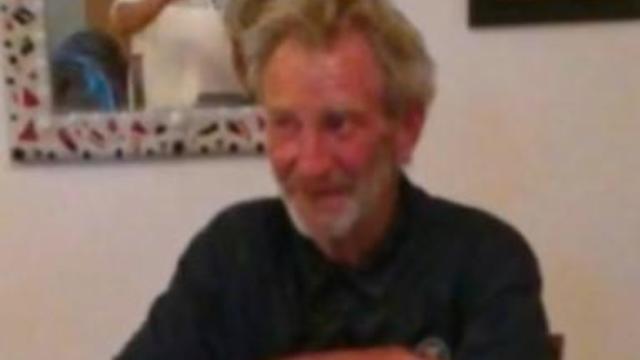 Santa Ana, Calif. — A Southern California jury on Tuesday awarded $1.5 million to the family of a man who was mistakenly declared dead by authorities, resulting in a stranger being buried in the family plot.
A Superior Court jury found the Orange County coroner's office committed negligence and intentional misrepresentation when it declared Frankie Kerrigan dead in 2017.
The office said that Kerrigan, who was 57 at the time, had schizophrenia and frequently lived on the streets and had died that May outside a store in Fountain Valley.
A police officer told the coroner's office that he believed the body was Kerrigan's based on previous contacts and a deputy coroner misidentified him based on Kerrigan's 11-year-old driver's license photo.
Fingerprints from the dead man were sent to the FBI and other law enforcement agencies and turned out to belong to another man, John Dean Dickens, 54. However, the identification code for the prints wasn't checked due to an employee lack of training on a new digital system, a coroner's official testified at the trial.
Authorities handed over a body to the family, who held a Catholic Mass and a burial with an open-casket viewing.
"I touched his hair, and I said goodbye," Kerrigan's father, Francis Kerrigan, testified at the trial in Santa Ana.
But a little over two weeks after the family was notified of Kerrigan's death, a friend who had been a pallbearer at the funeral called the father to say Kerrigan had shown up at his house.
Kerrigan said he was "overjoyed for about a minute" before thinking: "Oh my God, there's a stranger in Frankie's grave."
The jury awarded $1.1 million to Francis Kerrigan and $400,000 to his daughter, Carole Meikle.
"This is a wake-up call for the county and every single county out there," Kerrigan's father said. "It can happen to anybody."
Norm Watkins, who represented the county, said there wasn't any intention to deceive the family and the county will decide whether to appeal the jury verdict.
Dickens, a Kansas native who died of heart disease, was exhumed from the family gravesite and his body returned to his relatives.
Kerrigan is currently living in a hotel and hasn't been told about the verdict, his family said.
James DeSimone, an attorney who represented Kerrigan and Meikle, said Kerrigan hasn't been taking his medication but he is "relatively stable, with a roof over his head."
"If he has some inclination there's a court case going on, they're afraid he'll just bolt," the attorney said.
CBS Los Angeles quotes DeSimone as saying, "We're very grateful the jury made this decision in less than three hours time so it seems that we did prove our case overwhelmingly in court and the jury agreed with us.
"The Kerrigan family feels vindicated and thankful that the story was told and the jury found in their favor. They truly hope the verdict does send a message both to Orange County and other governmental agencies that they need to show care and concern with anyone who has a Frankie or somebody mentally ill and on the streets. You should do your due diligence and do your job in terms of communicating with a family, and especially when it's to let them know a family member is dead."
"They put this family through unbelievable trauma," DeSimone added.  "They should have compensated the family five years ago."
source: https://www.cbsnews.com/news/frankie-kerrigan-mistakenly-declared-dead-family-1-5-million-jury-award-wrong-body-funeral/