A military aircraft dropping parachutists into a Washington baseball game sparked a security alarm at the US Capitol and prompted the evacuation of the US Congress, police said. 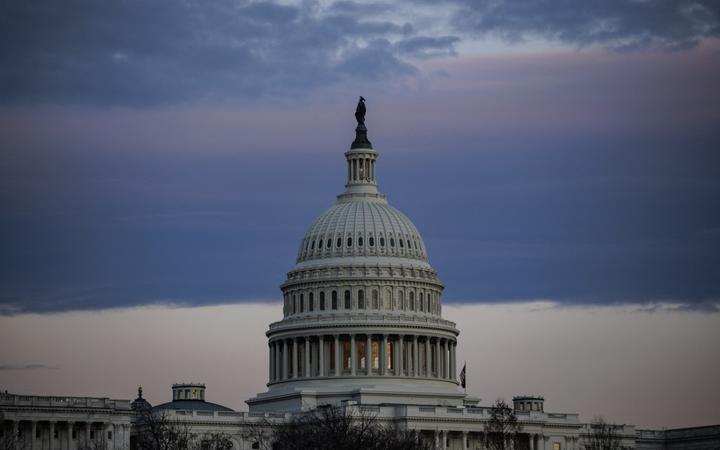 The US Capitol building in Washington. Photo: AFP

The US Capitol police first said they were tracking an aircraft that posed a "probable threat" to the Capitol complex and then minutes later said there was no threat and that they evacuated the building out of an abundance of caution.

The District of Columbia police later said the plane turned out to be a military aircraft carrying members of the US Army's Golden Knights parachute demonstration team.

The Golden Knights then parachuted into the Washington Nationals' baseball stadium, Nationals Park, a little over 2km away from the US Capitol. 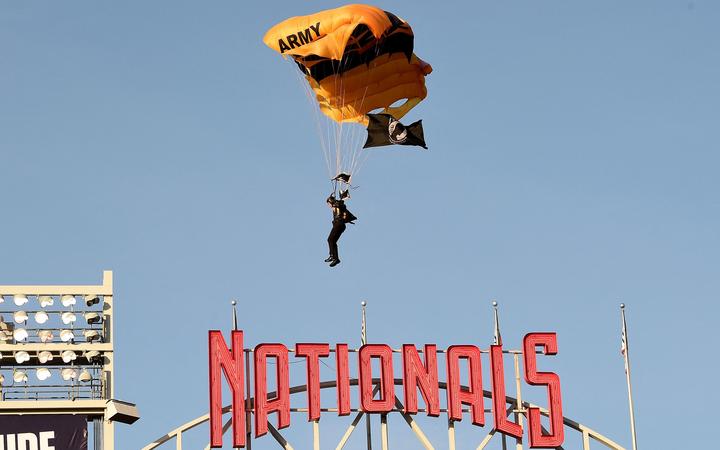 One of the parachutists heads towards the stadium in Washington. Photo: AFP

The aircraft, a single-engine plane, was reported to be circling around Washington after taking off from Joint Base Andrews in Maryland, CNN reported.

NBC News added that the Capitol police did not know that the parachutists would be in the airspace.

Reuters was not immediately able to confirm that Capitol police had not been informed of the plane and parachutists.