Why does Russia keep poisoning people?

In a war marked by unexpected humiliations, surprising new heroes and shocking atrocities, the rumoured poisoning of Roman Abramovich still remains one of the more unusual twists of the Ukraine conflict. 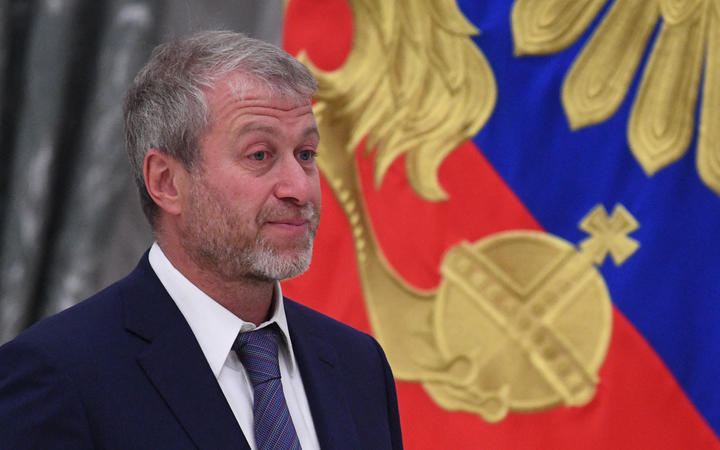 The Russian billionaire was in Kyiv in early March to help efforts to negotiate a peace settlement with Ukrainian envoys when he started displaying symptoms.

Why a man who has been shunned and sanctioned by the West for having "clear connections" to Vladimir Putin's regime was trying to end Putin's war is still unclear.

But stranger than his abrupt transformation was the possibility that this high-powered Russian could have been the victim of an age-old Kremlin trick.

Abramovich and several others who had been in the meeting suddenly experienced red, streaming eyes and peeling skin on their faces and hands, according to the Wall Street Journal (WSJ).

He even reportedly lost the ability to see for several hours, and the symptoms were so severe that Abramovich asked the scientist examining him: "Are we dying?"

But several officials and experts believe the envoys were attacked.

"It was not intended to kill, it was just a warning," Christo Grozev, an investigator with open-source investigative journalism collective Bellingcat, told WSJ.

While Abramovich is reported to believe the perpetrators were Kremlin hardliners determined to stop peace talks, he may never know for sure.

Russia is well-practised in the art of chemical assassinations.

But divisive cocktails, incompetent assassins and a victim who solved his own murder on his death bed mean the plots haven't always gone to plan.

Moscow's penchant for poisoning its enemies dates back at least a century, to when Vladimir Ilyich Lenin was first establishing the Soviet Union. 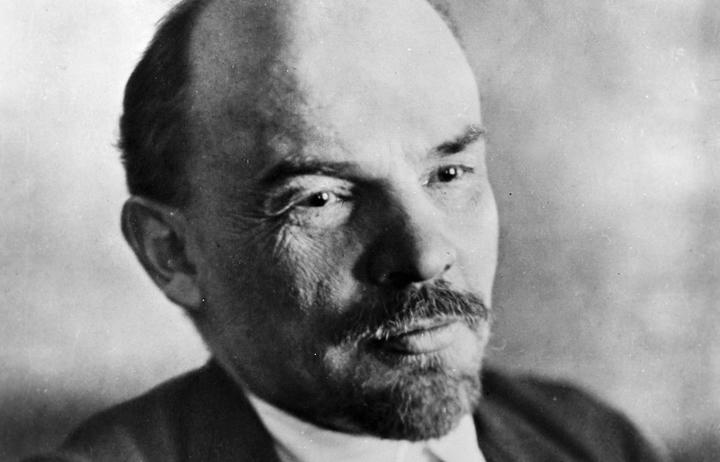 It was Lenin who ordered the creation of a secret service poisons factory, known variously as the Special Room, Scientific Research Institute No 2, Lab X and later the Kamera (Chamber).

By the 1940s, its scientists were testing out deadly poisons on prisoners from the gulags, experimenting to find a tasteless and odourless lethal chemical that could not be detected after death.

There's even a prevailing theory that Lenin himself was poisoned in a plot by his successor, Joseph Stalin.

The death of Stalin - like that of Lenin - was officially attributed to a stroke, but whether brought on by stress, or something more sinister, will perhaps forever remain a mystery.

These alleged plots extended well beyond the end of the Soviet era.

In 2004, Viktor Yushchenko, who ran against Kremlin favourite Viktor Yanukovych in Ukraine's presidential election, was left permanently disfigured when he was poisoned with dioxin. 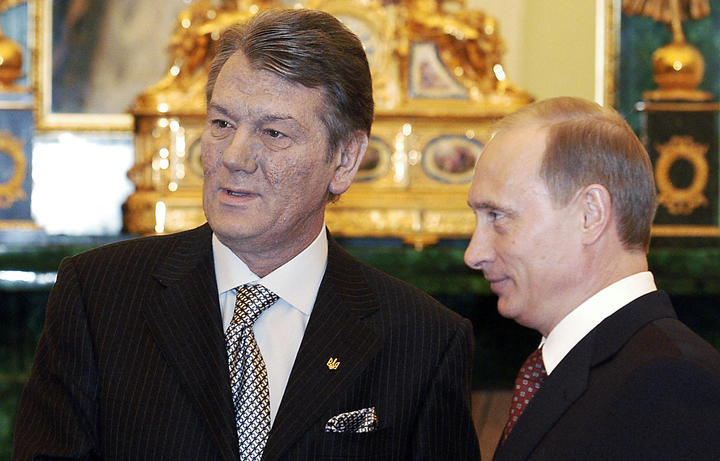 Last year, Russia was finally found responsible for the 2006 murder of former KGB agent Alexander Litvinenko, who died after sipping a cup of green tea laced with radioactive polonium-210.

From his deathbed, Litvinenko told detectives he believed President Vladimir Putin had directly ordered his killing - an accusation Russia has denied.

In recent years, the weapon of choice has been Novichok, a highly toxic group of nerve agents that slow the heart, paralyse the muscles used for breathing and ultimately cause death by asphyxiation.

Developed by the Soviet Union in the 1970s and '80s, Novichok literally means "newcomer" in Russian.

These nerve agents are a variation on poison gases such as VX and sarin, and are believed to be five to 10 times more lethal.

Novichok was used in the poisoning of Russian double agent Sergei Skripal and his daughter Yulia in the English cathedral city of Salisbury in 2018, as well the attack on Russian opposition leader Alexei Navalny on a flight from Siberia to Moscow in 2020.

In the case of the Skripals, investigators determined the nerve agent was most likely sprayed on their front door, and also linked it to the death of a local woman who spritzed herself with a bottle of perfume discarded nearby.

Years later, it is still not clear exactly how Novichok entered Navalny's system, but the possibilities range from a bad cup of tea or a dodgy cocktail to interference with his underwear. 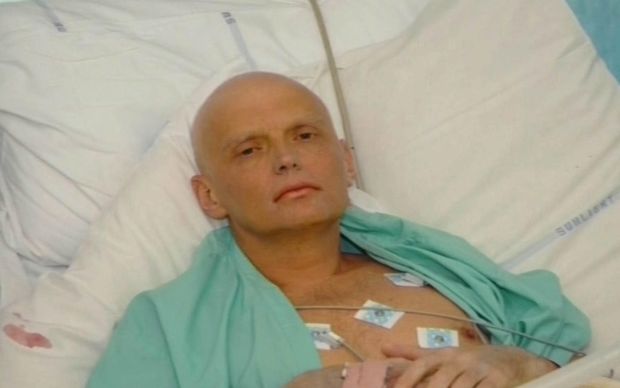 Alexander Litvinenko died several weeks after he was poisoned with polonium. Photo: Dreamscanner / The Kobal Collection

The chemical assassinations may conjure up images of highly skilled spies slipping into countries undetected to carry out their dastardly plots.

But in many cases, the agents behind them have been bumbling and incompetent. 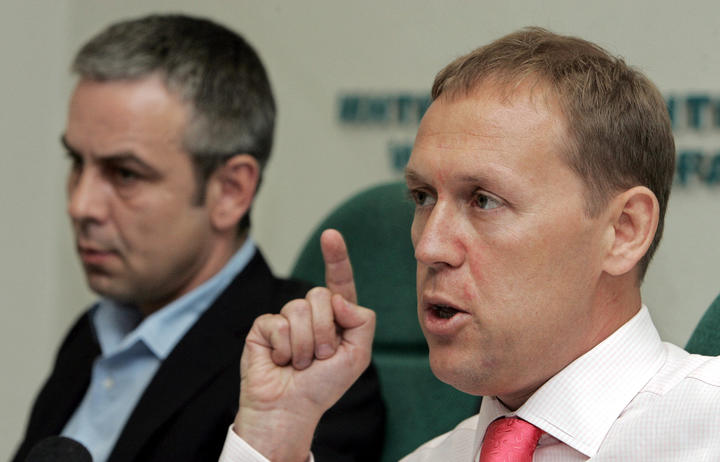 "Are you guys from the KGB?" a fellow hotel guest joked when she ran into the men in the elevator.

They made two failed attempts to poison their target by lacing tea and sushi with polonium.

"Lugovoi and Kovtun, it would become apparent, had no idea what they were carrying," journalist Luke Harding wrote in his book A Very Expensive Poison.

"Their behaviour in Britain was idiotic, verging on suicidal."

After their third attempt to poison Litvinenko with a pot of green tea was successful, they tipped the rest of the polonium down their hotel room sink and mopped up some spills with towels.

Another assassination attempt - this time on former Kremlin agent Skripal - was so bungled that ex-Soviet spy Viktor Suvorov concluded Russian intelligence services had descended into "idiotism".

The alleged assassins were repeatedly captured on CCTV as they moved through Salisbury, leaving traces of Novichok all over the city. 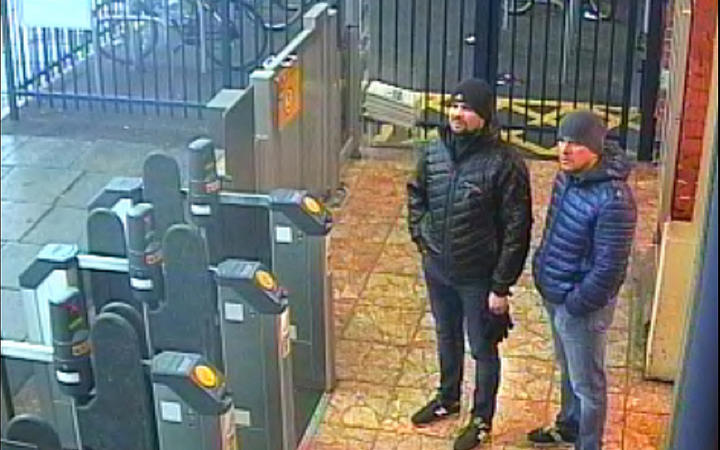 "[There was] a chain of stupidity. In my time this would not have been possible! Such idiots," decried Suvorov.

The plot to poison Kremlin critic Alexei Navalny in 2020 also appears to have gone awry.

Navalny fell gravely ill and lapsed into a coma after he was poisoned by what experts believe was Novichok.

However, the outcome may have been fatal if not for the assassins' attempt to poison him with a divisive cocktail.

Navalny told Bellingcat investigators that the night before he fell ill, he went to a bar and ordered a Bloody Mary.

"The bartender surprised him by saying they didn't have the necessary ingredients, and offered a Negroni cocktail instead," Bellingcat wrote in their report.

"Navalny accepted the suggestion, but told us he couldn't take more than one sip as 'the cocktail tasted like the most disgusting thing I've had in my life'."

Bellingcat could not conclude whether it was Campari or a nerve agent that repulsed him, but his aversion to the bitter taste may have saved his life. One sip would not have been enough to kill him.

And in yet another twist, Navalny later duped one of the men involved in the plot to kill him into confessing over the phone. 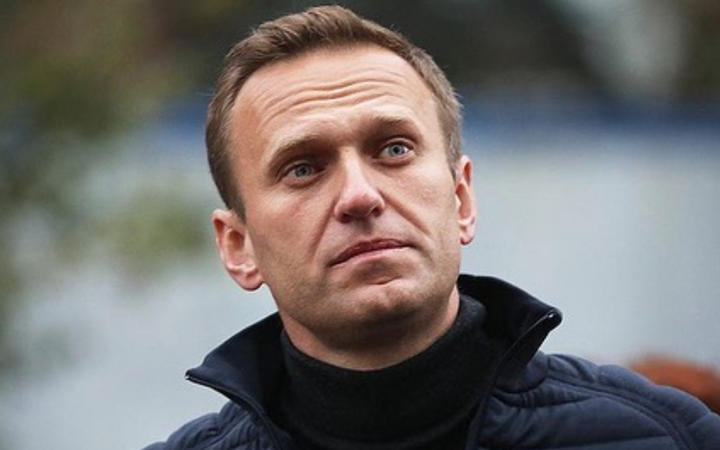 Navalny, who has long been a fierce critic of Vladimir Putin, started to feel ill on a flight from Tomsk in Siberia back to Moscow. Photo: EyePress via AFP

The Russian spy, believing he was talking to a colleague instead of his target, said agents had broken into Navalny's hotel room and sprayed Novichok into a pair of his underpants.

Navalny has never figured out exactly how he was poisoned - whether it was through his jocks or a bad cocktail or both.

But he has since made a full recovery from his brush with Novichok, and continues to be an outspoken critic of President Vladimir Putin.

"He'll go down in history as nothing but a poisoner," he said last year.

"We all remember Alexander the Liberator ... Well, now we'll have Vladimir the Underpants Poisoner."

Given the risks involved in pulling off a successful poisoning, it may seem a strange choice for Putin, especially when ruthless, trained killers are just a phone call away.

During the Second Chechen War, FSB agents assassinated a number of opponents using the more conventional methods of guns and car bombs.

In 2019, a former separatist fighter was strolling through a Berlin park when he was shot in the head by a man on a bicycle using a handgun with a silencer.

But intelligence insiders say the allure of poisoning is in the theatre of the plot.

"Despite a surprisingly poor track record thus far, Novichok is an effective, deadly poison that has the added benefit of everyone knowing Vladimir Putin wants you dead," a NATO intelligence official told Insider following the Navalny poisoning in 2020.

Opposition activist Vladimir Kara-Murza Jr, who is believed to have been poisoned twice by the same FSB squad that targeted Navalny, says this precarious method has its upsides for those ordering the hit.

"Apart from its sadism - excruciating pain and, in case of survival, lasting health effects and a long and difficult road to rehabilitation - this method gives the authorities plausible deniability," he wrote in The Washington Post.

There's a lot to be said for plausible deniability.

Evidence of poisoning can be incredibly hard to gather, especially in the case of an odourless, colourless chemical that can be administered through the skin or respiratory system.

The Kremlin has been accused of a string of chemical assassinations, but there have been only a handful of convictions for those carried out internationally.

And when it comes to the alleged poisoning of Roman Abramovich, the theatrics may have been the whole point.

Boris Volodarsky, a former captain in Russia's special forces who now lives in the UK, believes any poison plot carried out was meant to serve as a distraction from the war.

"[It helped to] cause some pity and sympathy for Abramovich, a person close to the Kremlin, as an innocent victim - and at the same time divert attention from more important political issues of the day," he told Insider.

Sometimes the intention of a Russian poison plot is simply to "distract", Volodarsky said.

"This old KGB trick is officially known as 'distraction' - diverting it from something more important."