The Returned and Services Association says most preparations for Anzac Day commemorations across the country are now complete. 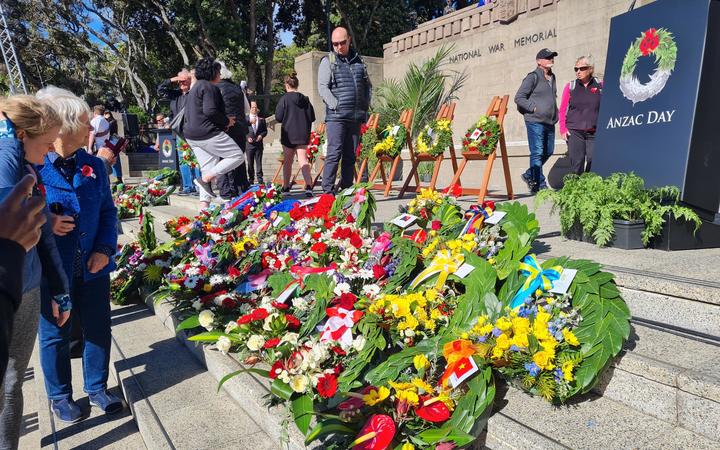 President BJ Clark said he will be attending the dawn and mid-morning services at the Pukeahu National War Memorial in Wellington, as well as the afternoon wreathlaying at Atatürk Memorial.

"So we've just had our run-through for Pukeahu. That was looking pretty slick.

"We're certainly hoping for a great day there tomorrow, and again, encourage the public to come along and take the opportunity to say thank you to those that have served."

Clark said the association is hoping for a big turnout at events across New Zealand, but said it is more important that people mark the day in whatever way they can, even if that is in private.

The recent switch from the red to orange setting of the Covid-19 framework has created some confusion for those wanting to attend Anzac Day commemorations.

Clark said while services are going ahead, some won't be back to normal.

"Changing to orange has not given us a lot of time to make different plans, certainly haven't been able to put in traffic management plans, so therefore the numbers of marchers will be restricted, but you know, this is an important day that we should still remember our veterans."

The airforce will be doing fly-bys over most of the country for Anzac Day tomorrow.

The number 3, 5 and 14 Squadrons and the Air Force Heritage Flight will be showcasing a range of activities throughout the day.

Depending on weather conditions, the routes will cover most of the North Island and some of the South Island.

Among the aircraft will be two NH90 helicopters, an Orion aircraft and a Spitfire formation.

It is the country's second longest overseas deployment outside of Antarctica.

New Zealand joined an international peacekeeping force on the Sinai Peninsula, made up of 13 nations, on Anzac Day in 1982.

The joint forces oversee a 1979 peace treaty between Egypt and Israel, by operating checkpoints, observation posts and carrying out patrols.