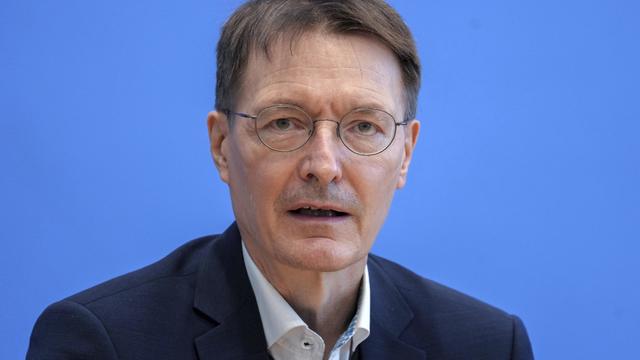 Four people were arrested in Germany and weapons were seized in an investigation into suspected anti-government extremists who allegedly planned to cause a long nationwide blackout and kidnap well-known figures including the country's health minister, authorities said Thursday.
Prosecutors in Koblenz and Rhineland-Palatinate's state criminal police office said that raids were carried out at 20 properties across Germany on Wednesday following an investigation launched in October. The suspects were members of a chat group called "United Patriots" on the Telegram messaging service.
Investigators said the suspects were associated with the protest movement against COVID-19 restrictions and with the Reich Citizens movement, which disputes the legitimacy of the post-World War II German constitution and, by extension, the current government. In all, 12 people are under investigation.
Authorities said the group's declared aim was to destroy electricity supply facilities and cause a long blackout across the country, with the goal of producing "conditions similar to civil war" and ultimately overthrowing the country's democratic system.
Police seized 22 firearms, including a Kalashnikov rifle, along with hundreds of rounds of ammunition, thousands of euros in cash, and numerous gold bars and silver coins. They also found forged COVID-19 vaccination and test certificates.
The group allegedly planned to kidnap well-known public figures. Investigators said those included Health Minister Karl Lauterbach.
Lauterbach said he was "appalled" by the news and thanked investigators.
"The whole thing shows that corona protests have not just become more radical, but that it is now about more than corona - that there is an attempt here to destabilize the state," he told reporters during a visit to Husum on Germany's North Sea coast. "This is a small minority in our society, but highly dangerous."
"This will not influence my own work," Lauterbach said, adding that he will continue trying to balance the interests of people who want looser measures against COVID-19 with those who want stricter ones.
The suspects, all German citizens, are accused of preparing a serious act of violence and of violating weapons laws.
"We are dealing with a mixture consisting of conspiracy theorists, opponents of vaccination but also Reich Citizens that we hadn't seen in this form so far," said the head of Rhineland-Palatinate state's criminal police office, Johannes Kunz.
He said group members repeatedly expressed their disdain for the German state, among other things expressing the wish that Russian President Vladimir Putin should not just attack Ukraine but also invade Germany, news agency dpa reported.
Prosecutor Juergen Brauer said the group's procurement of weapons and money made clear to investigators that "we are dealing not just with cranks, but with dangerous criminals who want to implement their plans."
German Interior Minister Nancy Faeser said that the investigation pointed to "a serious terrorist threat," and that the Lauterbach kidnapping plan and fantasies about overthrowing democracy constitute "a new quality of threat."
Some Germans have expressed anger over restrictions on those not vaccinated and proposals to mandate vaccination. In December, police foiled a plot by anti-vaccination activists to murder the state premier of Saxony in eastern Germany, Reuters reported.
About 76.6% of the German population has received at least one dose of the COVID vaccine - less than in other western European countries such as Italy or Spain, where the figures are well above 80%, Reuters reported.
Germany's center-left-led government under Chancellor Olaf Scholz took office in December pledging a decisive fight against far-right militants after criticism that the previous administration had been lax on neo-Nazi violence.
Investigators last week swooped on alleged neo-Nazi militant cells across Germany and arrested four suspects in what Der Spiegel magazine called "the biggest blow against the militant neo-Nazi scene in the recent past".
A suspected neo-Nazi was also charged this week with attempting to set off a "race war" in Germany with planned attacks using explosives and guns.
Germany's protests against coronavirus measures have at times drawn tens of thousands of demonstrators, attracting a wide mix of people, including vaccine sceptics, neo-Nazis and members of the far-right AfD party.
The arrests in Germany come six days after jurors reached a partial verdict in the case of four men accused of plotting to kidnap Michigan Governor Gretchen Whitmer. Two of the defendants were acquitted on all charges, while the jury deadlocked on two other defendants, resulting in a mistrial on those counts.
All four were charged with conspiracy, accused by prosecutors of being angry over COVID-19 restrictions imposed by the Democratic governor and seeking to ignite a civil war. Three of the men also faced weapons charges.
AFP contributed to this report.
source: https://www.cbsnews.com/news/germany-arrests-blackout-kidnap-plot/