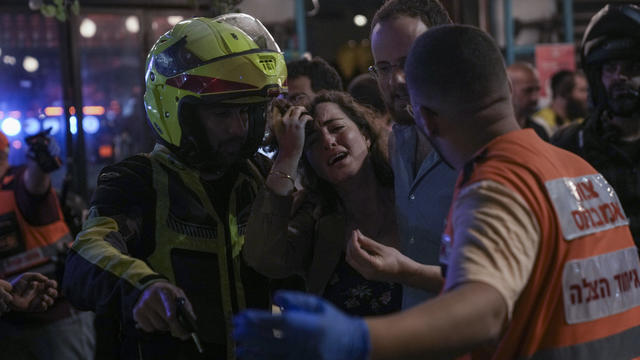 Multiple people were shot in central Tel Aviv on Thursday in what Israeli police called a terrorist attack. An Israeli hospital near the scene says at least two people were killed and another eight wounded, The Associated Press reports.
The shooting occurred on Dizengoff Street, a popular area full of bars and restaurants that was packed on Thursday night, the start of the Israeli weekend.
Eli Levy, a police spokesman, told Israel's Channel 13 that officers were at the scene.
"A terrorist opened fire at short range and then fled on foot. Several people are wounded," Levy said on Channel 13, Reuters reported.
He urged people to avoid the area.
Eli Bin, head of the Magen David Adom emergency responders, told public TV broadcaster Kan that one of the wounded was "in a critical state," AFP reported.
Prime Minister Naftali Bennett was monitoring the situation from the Israeli military headquarters, which is also in downtown Tel Aviv, his office said.
Tensions have been high after a series of attacks by Palestinian assailants killed 11 people just ahead of the Islamic holy month of Ramadan, which began nearly a week ago.
Last month, a gunman on a motorcycle opened fire in a city in central Israel, killing five people. Days before that, a pair of gunmen killed two young police officers during a shooting spree in the central city of Hadera, and the week before, a lone assailant killed four people in a car ramming and stabbing attack in the southern city of Beersheba.
Last year, protests and clashes during Ramadan ignited an 11-day Gaza war.
This is a developing story and will be updated.
source: https://www.cbsnews.com/news/tel-aviv-shooting-dead-wounded/