Planter boxes given thumbs down as support for cycleway grows

Dividing cyclists from traffic on a small stretch of Palmerston North highway has split opinion among city residents. 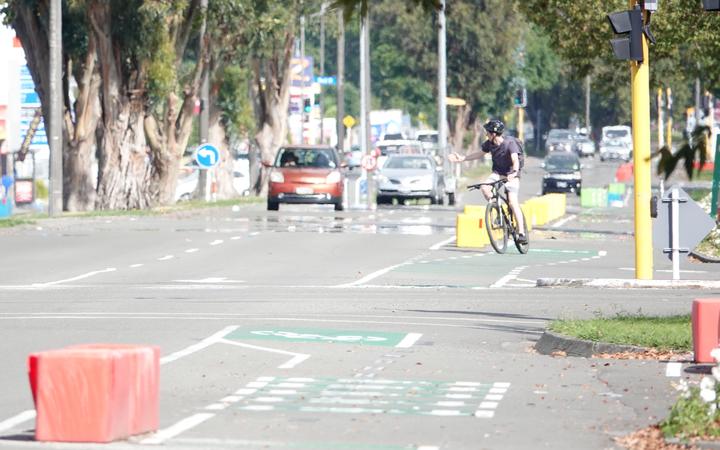 A 1.5km separated cycleway along the western side of Main Street was installed as a trial in March last year.

Cyclists want the separated cycleway to stay permanently, but it has attracted plenty of opposition.

Much of the criticism is directed towards the planter boxes acting as barriers between bikes and traffic, or parked cars.

On Wednesday, the city council will decide the cycleway's future, and officials are recommending a more permanent separation than the boxes.

That will be welcomed by people spoken to by RNZ on Tuesday.

Many described the barriers, which are painted in bright colours and filled with sand, as eyesores.

Christine Edwards said she wouldn't mind a cycleway separated by more traditional means, such as raised curbs, but couldn't stand how it looked now.

"I don't call them planter boxes. I call them troughs."

The trial was 90 percent funded by Waka Kotahi NZ Transport Agency and city council officials report it has been a success.

They are recommending city councillors on Wednesday vote to introduce a permanent separated cycleway.

They say there have been few crashes and more people are cycling the route.

Before the trial six people an hour biked it. In May 2021, two months into the trial, that had increased to 17 an hour.

Cyclists on Tuesday, spoken to by RNZ, all said the cycleway made them feel safer and they would like it to stay.

Colleen O'Byrne, who uses the cycleway twice a day, said it was a blessing.

"It's invaluable on a highway coming into the city. I feel a lot safer. You've got to pay more attention when you're on the road, but this is good."

O'Byrne wasn't happy with "idiots" who often overturned the planter boxes, and on Tuesday had to ride around glass someone had smashed on the cycleway. 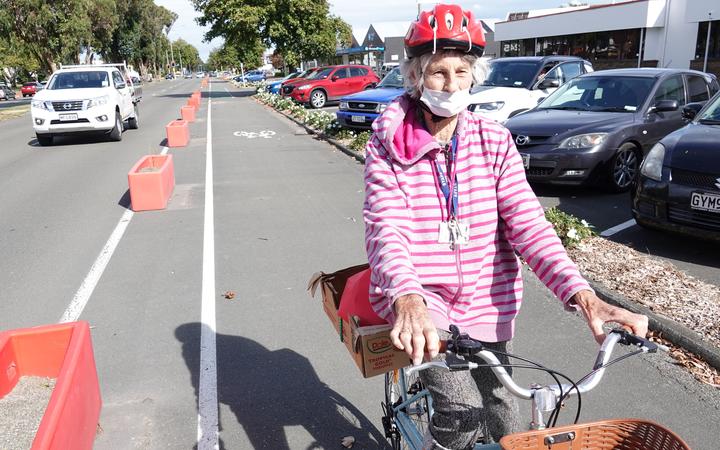 Ronald Medland bikes along the route almost every day.

"I think they should keep it. It's safer for cyclists," he said. 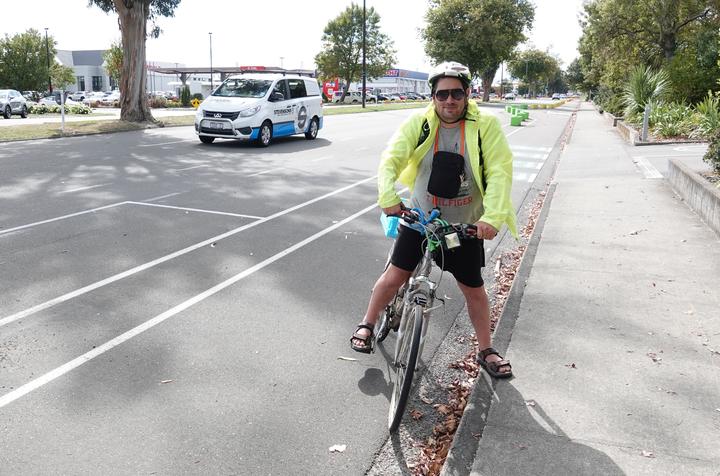 But people who work next to the cycleway, such as Brent Boddy Prestige car dealership director Brent Boddy, said they hardly saw anyone riding along it.

"I can see why we want to go with this and I think it's a good idea, but the sheer lack of numbers of people using it [compared] to the administration of it, the cars crashing into it, the containers falling over, the sand on the road surface - it probably doesn't warrant it right now." 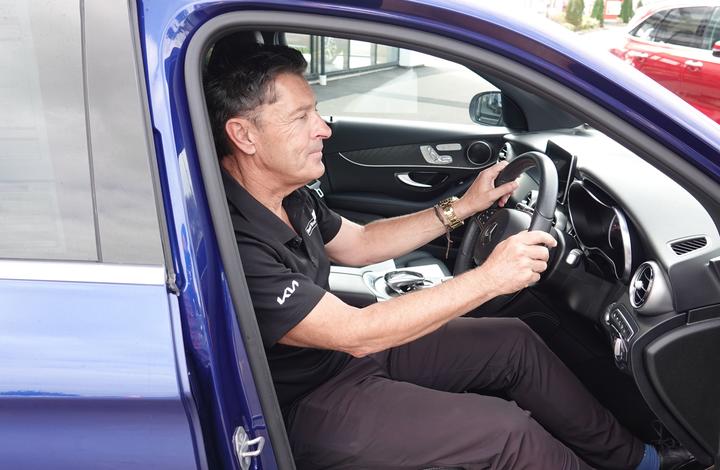 Ashlee Brand, who works at the Mouthwater Coffee Company cart, said the disadvantages of the cycleway, such as a loss of car parks, outweighed the advantages.

"It has good intentions for cyclists and to protect them, but I also see it as definitely a hazard to motorists as well."

He is in favour of a separated cycleway, but wants the boxes gone.

"It's a matter of getting things in balance, so should we have a cycleway there? Should we have a protected, safe cycleway? Absolutely, yes, but should there be planter boxes? No.

"I'll be voting that it's removed, but that it's replaced with something more traditional," he said.

"It's a pretty unsightly mess for our city as you enter our main arterial route from Wellington."

Smith said it was an urban myth that nobody was using the cycleway.

He was confident most councillors would vote for a cycleway, and that most were not happy with the planter boxes.