Recommendations to make skydiving near water safer have yet to pass their first hurdle, four years after a jumper drowned in Lake Wakatipu in Queenstown, prompting the process of making changes. 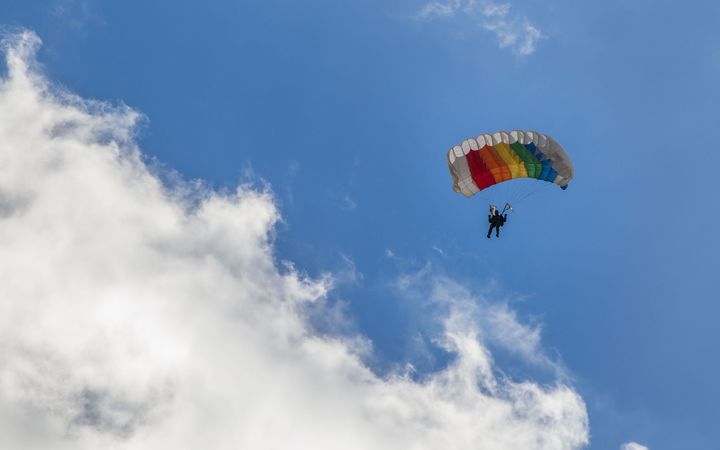 Skydiving is an adventure activity in New Zealand. Photo: 123rf.com

The skydiving operation did not have its own rescue boat on hand that day.

Nor did the operator at another fatal jump last month, when a skydiver plummeted into the sea off Muriwai Beach following a mid-air collision with another parachutist, according to media reports.

Skydive Auckland did not respond to RNZ's queries about the tragedy.

Sarah-Jane Bayram, 43, was knocked unconscious. Reports at the time said two surfers jumped on a jetski, and got to her when she was floating at least a kilometre offshore, but were unable to revive her.

The Civil Aviation Authority (CAA) is looking into the death, as well as two other separate deaths of skydivers on land. 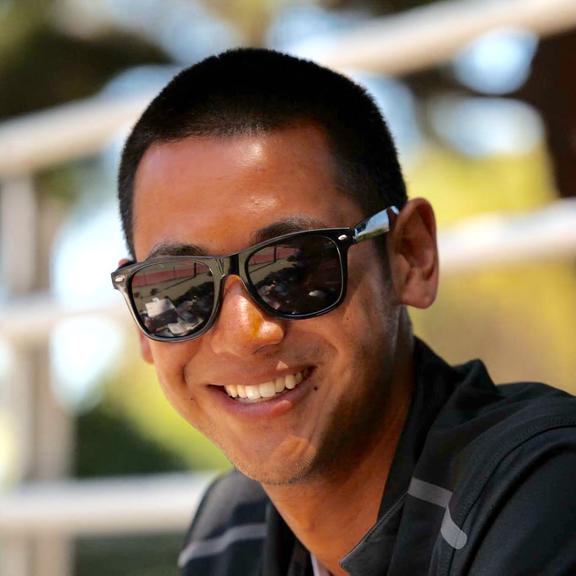 Investigations have long ago been completed into the unintended lake landing, and subsequent drowning of Tyler Nii, 27, in Lake Wakatipu, in January 2018 after the chute on his tandem jump failed - but rule changes have been slow in coming.

The Nii report issued in June 2021 by the Transport Accident Investigation Commission (TAIC) said the "key lesson" was that if a parachute operation is based "near a significant body of water, the operator needs to consider and mitigate the additional risks presented by a parachutist unintentionally landing in the water".

It made two recommendations designed to give that lesson teeth:

Ten months on, "the recommendations are yet to be assigned a priority", the Ministry of Transport told RNZ.

Prioritising them is CAA's job.

CAA said the water-landing recommendations were among 70 others across the aviation sector, all of them at just the first phase of a four-phase assessment process.

"There are a number of projects already in the works which need to be completed before any more can commence," a spokesperson said.

The full four phases - issue assessment, policy investigation, rule development, then rule finalisation - "may not necessarily result in any rule changes", and only the Ministry and Minister could change rules, the spokesperson said.

In 2018, though NZONE Skydive had a rescue plan in place for unintended water landings, it did not have its own rescue boat, and one was introduced at its base only after the drowning, TAIC said.

Nii's body has never been recovered, to the distress of his family in California, who were blocked by police here from using a submersible drone to look in the lake depths.

The tandem master who had been on the dive was plucked, hypothermic, from the cold lake 13 minutes after landing in it, by a boat that only by chance got involved. 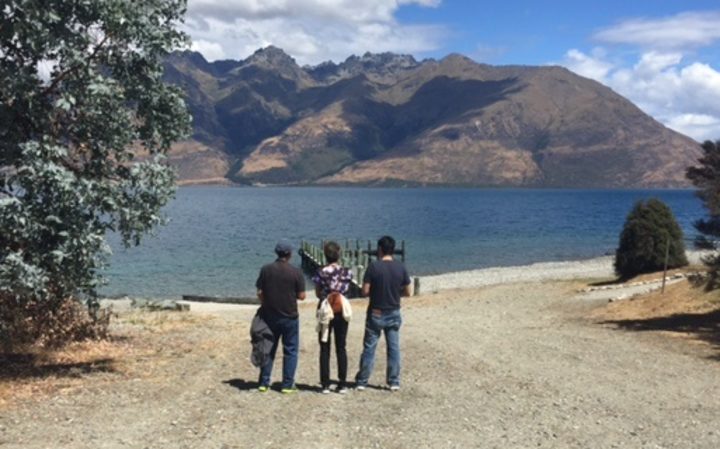 The Wakatipu beginner jumpers wore lifejackets, but not ones suitable for skydiving or properly maintained.

Some operators now require tandem riders to wear approved lifejackets if their landing areas are near water.

TAIC noted that a rule already existed for operators to take risks into account in general, but noted "the Civil Aviation Rules for parachuting near a significant body of water are not well defined".

The Parachute Industry Association had improved and reissued its own rules and operating procedures around water landings and equipment maintenance, since Nii died, TAIC said.

TAIC itself has been struggling with long, costly investigations, particularly into aviation, at a time when it has had a lot of churn among investigators.

The association would not comment to RNZ on the Nii recommendations.

It had "offered our expertise and our assistance to the authorities investigating the Muriwai Beach accident", chief executive Jennifer Lowe said in a statement.

"It is only by determining exactly what happened and if possible why it happened, that we can determine what, if anything, needs to change because of it.

"We are unable to comment further while these investigations are ongoing."

The CAA said after the Muriwai inquiry, it will consider whether additional regulation is necessary.

It had already acted on a separate, simpler recommendation from the TAIC Nii report, to improve its reporting system for skydiving accidents, it said.

The other recommendations would be prioritised relative to CAA's work programme including a major review of the Air Navigation Services Regulatory Framework, and input into the first overhaul of the Civil Aviation Bill in decades, it said.