Bought crypto or NFTs? Here's what to know for tax season 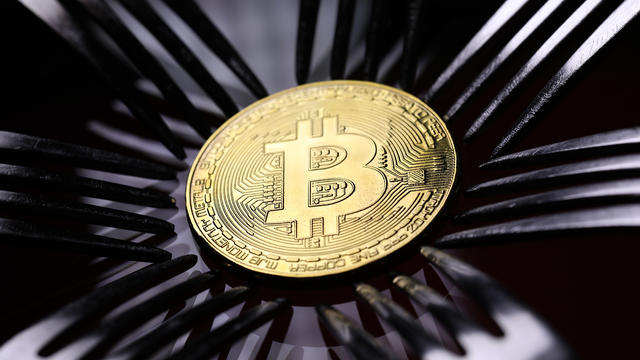 If you're one of tens of millions of Americans who plan to file their tax returns this week, there's an important element to remember before you hit "submit": The U.S. government wants to know about any cryptocurrency or NFT transactions you've made in the past year; if you made money on those deals, you must report it.
The IRS is keeping a close eye on digital currencies and other virtual assets as their popularity explodes, but with rules still in flux it's easy to get confused. Here's what crypto and NFT buyers should know before filing their taxes.
One in 6 Americans has used, traded or invested in a virtual currency, the Pew Research Center found last year. But while users have to pay taxes on their profits, cryptocurrency exchanges aren't yet required to provide records of your transactions as other financial institutions now do. (That will change in 2023, when crypto exchanges will be required to start issuing tax forms.)
"You have to do your own recordkeeping, and I think that is the part that might throw some investors off," said Humphrey Yang, a personal finance YouTuber and investing expert with TurboTax. That means for now, it's up to investors to keep track of their transactions.
These are the some of the types of transactions that the IRS considers reportable when it comes to cryptocurrency, according to its website.
By contrast, if the only thing you did was buy a virtual currency with dollars, you don't need to report it, the IRS says.
"If your only transactions involving virtual currency during 2021 were purchases of virtual currency with real currency, you are not required to answer 'yes' to the Form 1040 question, and should instead check the 'no" box,' according to the agency.
Just like stocks or other investments, cryptocurrencies are only taxed when they're sold for a profit or a loss, Yang said. That means simply transferring cryptocurrencies between digital wallets or buying some cryptocurrency doesn't need to be reported to the IRS.
Just like stock, crypto profits are taxed at different rates depending on how quickly they were bought and sold.
"If you've held it for less than a year, you'll be paying short-term capital gains tax," he said. "If you've held it for longer than a year, you get a better tax rate, at a lower rate, because it's considered long-term capital gains."
Yang emphasized that investors in non-fungible tokens are also crypto traders in the IRS' eyes.
"Because it works so seamlessly, sometimes people don't realize that their Ethereum is being sold for dollars, which is then being used to buy the NFT," he explained.
That means anyone who buys, trades or sells NFTs will need to keep records and note the equivalent dollar value of the underlying currency at the time of the transactions.
For instance, if investors bought Ethereum early last year and then used it to buy an NFT several months later after the currency gained value, they must keep track of the dollar equivalent of their transactions.
"Everything goes back to the dollar value, and that's what the IRS really cares about," Yang said. "Whenever you buy the NFT, you have to convert it back to dollars — you have to figure out what you gained on the [cryptocurrency] purchase, and then you can report your taxes that way. And it works the same way when you sell it, too," he said.
source: https://www.cbsnews.com/news/cryptocurrency-taxes-how-to-file-humphrey-yang/