Pakistan's parliament was set to meet on Monday local time to elect a new prime minister, with opposition leader Shehbaz Sharif the favourite to win after a week-long constitutional crisis that climaxed on Sunday when Imran Khan lost a no-confidence vote. 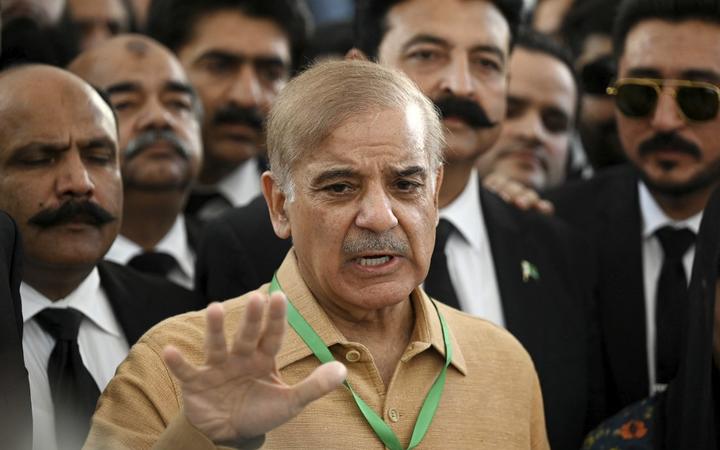 Pakistan's opposition leader Shehbaz Sharif speaks with the media before attending a hearing outside the Supreme Court building in Islamabad on April 7, 2022. Photo: AFP

Shehbaz, 70, is the younger brother of three-time prime minister Nawaz Sharif, who was barred by the Supreme Court in 2017 from holding public office and subsequently went abroad for medical treatment after serving just a few months of a 10-year jail sentence for corruption charges.

The younger Sharif emerged as the leader of a united opposition to topple Khan, a former cricket star who has claimed that the United States was behind his downfall, which Washington has denied.

If Qureshi loses, PTI has said its members of parliament would resign en masse, potentially creating the need for urgent by-elections for their seats.

Parliament's lower house will convene for a session to decide the new prime minister at around 2 p.m. local time.

No elected prime minister has completed a full term in the nuclear-armed nation since it won independence from colonial power Great Britain in 1947, though Khan is the first to be removed by a no-confidence vote.

The military has ruled the country of 220 million people for almost half its nearly 75-year history. It viewed Khan and his conservative agenda favourably when he won election in 2018.

But that support waned after a falling-out over the appointment of military intelligence chief and economic troubles that last week led to the largest interest rate rise in decades. 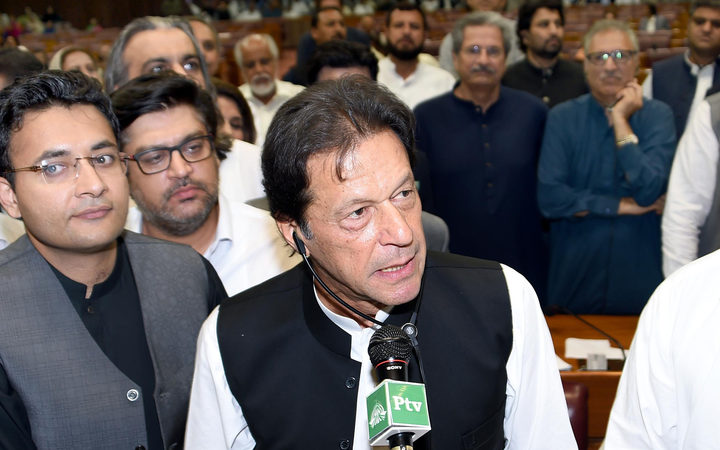 "The freedom struggle begins again today," Khan said on his Twitter account on Sunday, which is followed by more than 15 million and still describes him as prime minister of Pakistan in his biography section.

Thousands of Khan's supporters gathered in cities, including Karachi, Lahore and Peshawar, for protests against his ouster that went on until the early hours of Monday. They blocked roads and shouted slogans against rival parties and the US government.

Buoyed by hopes for political stability, the Pakistan Stock Exchange on Monday rose at start of trading.