Unaffordable insulin may be a human rights abuse, watchdog says 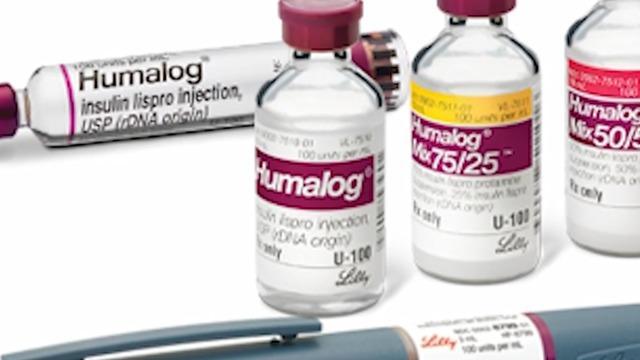 The cost of insulin has sparked Congressional hearings and calls for change from diabetics and patient advocates. Yet for many Americans who rely on the medication, it remains out of reach — and that is contributing to human rights abuses, according to a new report from Human Rights Watch, an organization that is better known for investigating war crimes and atrocities like genocide.
The issue is specific to the United States, given the nation's lack of controls on drug prices and complex insurance system that can leave people under- or uninsured, according to the watchdog group.
Other nations pay far less for the life-saving medication, with a congressional report finding that Americans pay about triple the cost for a dose of insulin compared with 11 other developed countries.
The three big drug companies that control the insulin market — Eli Lilly, Novo Nordisk and Sanofi — have raised prices for their analog insulins considerably since introducing their products more than two decades ago. Analogs, which are synthetic versions of insulin, control blood sugar better than so-called human insulin, and now represent more than 90% of the market, according to the center-right American Action Forum.
Eli Lilly's list price for Humalog, its analog insulin product, jumped 680% to $275 per vial in 2018 from its introduction in 1996, Human Rights Watch said.
The cost of Novo Nordisk's Novolog has jumped about 400% to roughly $289 per vial since it was introduced in 2000, while Sanofi's list price has increased 420% to $276 per vial since it hit the market, also in 2000, the report said. All numbers are adjusted for inflation.
"Almost every insulin-dependent person Human Rights Watch interviewed said they had rationed analog insulin because of out-of-pocket costs, taking it in ways not recommended by their physician in order to stretch their supply," the report noted.
The result can be illness and even death, such as in the case of Alec Smith, who struggled to afford insulin after he aged out of his mother's health insurance plan.
The 26-year-old couldn't afford the out-of-pocket cost of his insulin, produced by Eli Lilly, and died of diabetic ketoacidosis, a complication resulting from diabetes that can be treated with insulin. He died a month after leaving his mother's insurance plan.
Insulin manufacturers "know that people are dying, that people can't afford this," Sa'Ra Skipper, a diabetic, told Human Rights Watch. Her sister, also a diabetic, was hospitalized for diabetic ketoacidosis after splitting her insulin with her due to cost.
Eli Lilly, Novo Nordisk and Sanofi didn't immediately return requests for comments.
To be sure, insulin isn't the only drug that has experienced sharp price increases, and Human Rights Watch noted that access to lifesaving medications is often a "a privilege that many cannot afford."
But the people who are most impacted by high drug prices are "socially and economically marginalized, reinforcing existing forms of structural discrimination."
For instance, lower-limb amputations are a risk of diabetes, but Black adults are more than twice as likely to undergo a diabetes-related amputation than White adults, the report noted. Hispanic and Black diabetics are also more likely to ration insulin than White patients, it added.
The U.S. doesn't regulate drug prices, which has allowed pharmaceutical companies to "set very high prices," the report noted. But it said some of the blame sits with pharmacy benefit managers (PBM) — powerful middlemen in the health care market that manage which drugs are covered by insurance companies.
Drug companies compete to get included in PBMs' formularies, or list of covered drugs, by offering so-called "rebates," or cash payment provided by drug makers to the PBMs. But pharmaceutical companies then lift their list prices higher to ensure that they aren't sacrificing the bottom line, the report noted.
So how is that contributing to human rights abuses? Human Rights Watch says that insulin is so expensive in the U.S. that it undermines "equal and affordable access [to essential medicines], a cornerstone of the human right to health."
The impact on disadvantaged groups is "in violation of domestic and international law prohibiting discrimination," it added.
Several human rights agreements that have been signed or ratified by the U.S. are also being violated by the high cost of insulin, the group said. It singled out the U.S. government for its "continued failure" to put in place policies that would limit the skyrocketing cost of insulin. But it also has words for drugmakers.
"Companies also have a responsibility under the United Nations Guiding Principles on Business and Human Rights to respect human rights and ensure that their practices do not cause or contribute to human rights abuses," Human Rights Watch said.
But the biggest step could be taken by lawmakers, the group noted: "Congress should consider legislation to provide insulin to all insulin-dependent individuals in the country free of cost."
source: https://www.cbsnews.com/news/insulin-cost-human-rights-abuse-human-rights-watch/