Grenade found among the spuds on chip factory conveyor belt

Amongst hundreds of thousands of muddy spuds a World War II era grenade was picked up on a conveyor belt at an Auckland potato factory earlier this week. 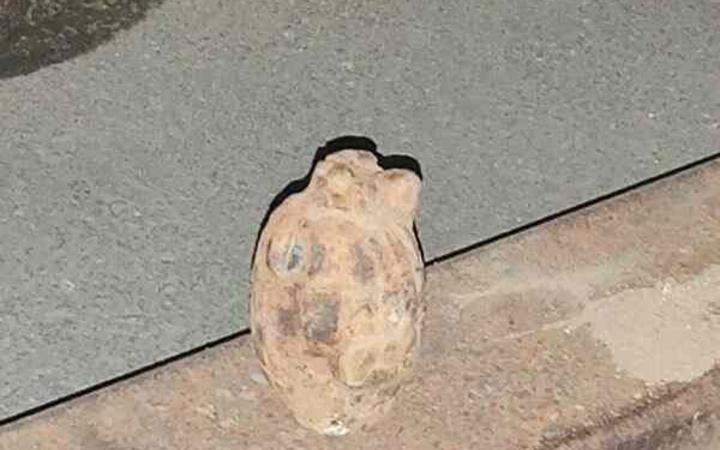 This World War II era grenade was picked up on a conveyer belt at an Auckland potato factory Photo: Supplied

The old Mills bomb grenade, which has since been confirmed as being a training grenade which didn't contain explosives, is believed to have been dug up during harvesting on a farm in Matamata.

Mr Chips factory operations manager Roland Spitaels said the mud covered device was spotted on a conveyor belt full of freshly harvested potatoes in the early hours of the morning.

It was initially thought to be an unusually shaped rock, but staff soon realised it was a grenade, prompting a call to the police who arrived quickly.

"The bomb squad then came out and did a whole assessment of the grenade, before they determined that it was infact an inert grenade, training grenade."

Spitaels said since the discovery they'd learnt there had been a number of army training camps held around the Matamata area, which is probably how the grenade had ended up in the field.

He said potatoes had been processed at the site over the last 30 years, with about 250 tonnes of the crop being handled each day, but this was the first discovery of its kind.

"It's not an uncommon occurrence and the European factories you know, given given the two world wars that we fought around it, but yeah, it was really really unusual. "