GNS Science says the sustained nature of volcanic unrest on Mount Ruapehu differs from those typically seen during the start of a heating phase and could indicate the possibility of an eruption. 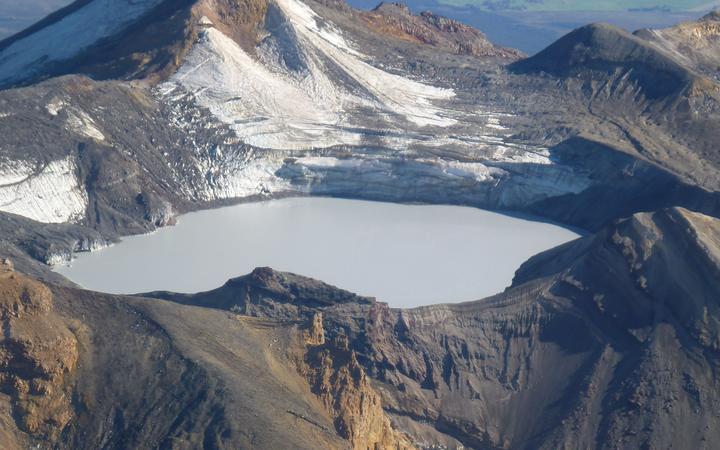 The Crater Lake is now 38C and is emitting more gas, with tests showing its second highest ever recorded CO2 level.

In a statement, GNS Science duty volcanologist Brad Scott said although the tremor levels were still elevated they were not as high as they were last Wednesday and Thursday.

"The volcanic tremor signals and elevated gas output are now more indicative of processes being driven by molten rock (magma) interacting with the geothermal system at depth in the volcano," Scott said.

The most likely outcome of the unrest was that no eruptive activity would occur, as no eruptions had followed unrest in the past 15 years, Scott said.

However, if there was an eruption it could impact on the summit area and generate lahars and would be similar to what happened in September 2007, he said.

"The chances of a prolonged and larger eruption, such as occurred in 1995-96 with wider ashfall impacts, is possible, but remains very unlikely."

Any such an eruption would probably follow a sequence of smaller eruptions, he added.